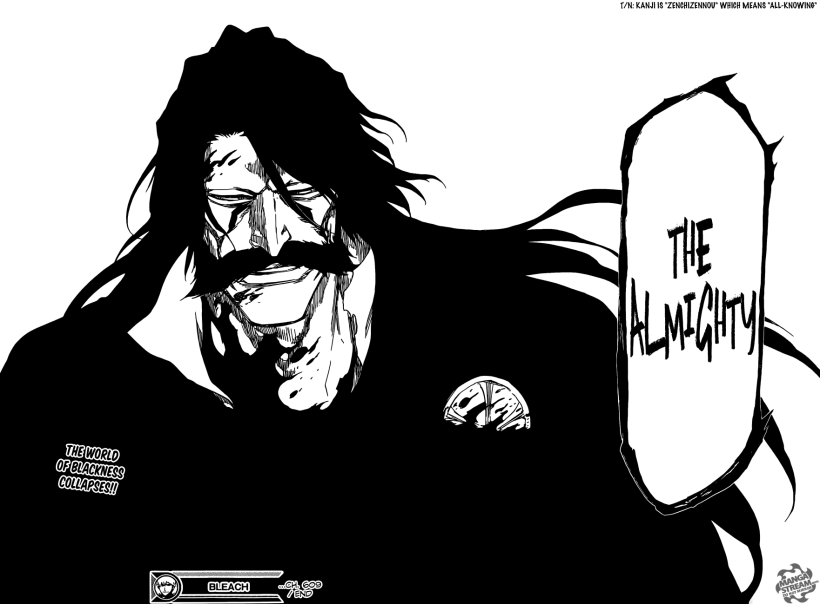 So he finally reveals his true self, the man capable of bleaching out the blackest black. I was waiting for this all the while wondering how exactly Yhwach will go about turning around the hopeless situation he found himself in against Ichibei. Getting overwhelmed by Ichibei was just a step in overcoming him, thanks to the ability Yhwach has in managing to understand the workings of any powers while perceiving it or so Haschwalth says. Yhwach was able to nullify Ichibei’s power on himself at the end and instantly turn the tables on the situation. I’m sure Ichibei spilling the beans regarding his abilities helped as well but I suppose even if Ichibei omitted expressing any words to Yhwach and focused solely on crushing him, the result would have still been same. Such a shame that Ichibei was forced to face such an opponent, one not able to be defeated until the main character is ready.

Ichibei is quite something, I honestly was not expecting much from him when he was matched-up against Yhwach, but Ichibei managed to put up a spectacular fight and expressed exactly why he is the head of the Royal Guard. It is a shame though he came across an opponent who had plot armor in his first and probably last fight in the manga.

All the readers were expecting Ichibei to lose, so it wasn’t surprising seeing Yhwach pull some bleach out from nowhere and instantly turn the situation around causing the world of black to crumble. I guess with the result being so painfully obvious from the get-go it would have been more preferable if the fight was condensed down into fewer chapters allowing the remainder of the story and other battles to have more focus than a fight which had its conclusion decided before it even began. 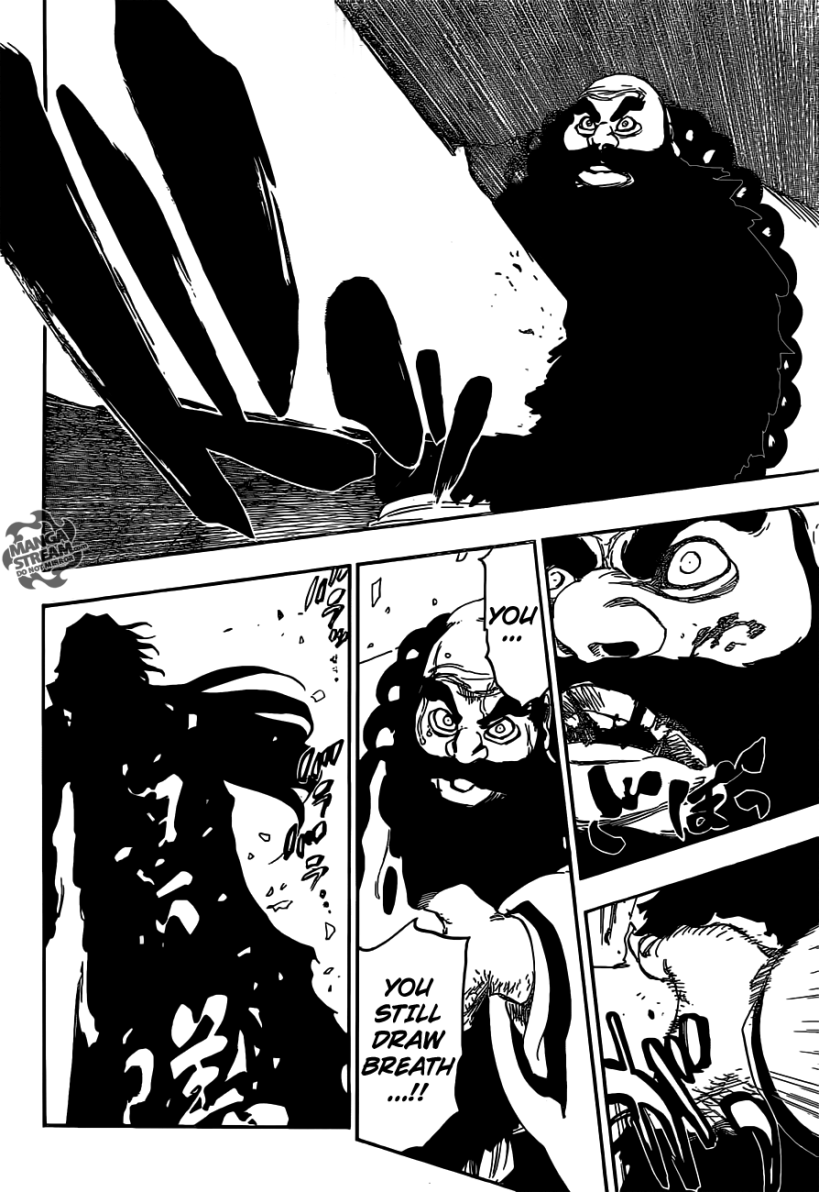 This was destined to happen the moment the fight began…Poor Ichibei, he had no chance…

Ichibei is probably a dead man now, considering that Kubo-sensei featured Ichibei’s whole arsenal in this fight. Ichibei dying would convey the hopelessness of the situation the Shinigami are currently in and set the stage perfectly for Ichigo and his transformed self to enter. Hell, with Yhwach’s Elite Force causing the Royal Guard problems, it is a perfect time for the Karakura team to enter. I would love to see the main characters of Bleach become main characters again – here’s to hoping that Sado and Inoue get one last fight in the manga because they so deserve it after being out of focus for so long. Looking forward to the next chapter and the Ichigo vs  Yhwach battle.