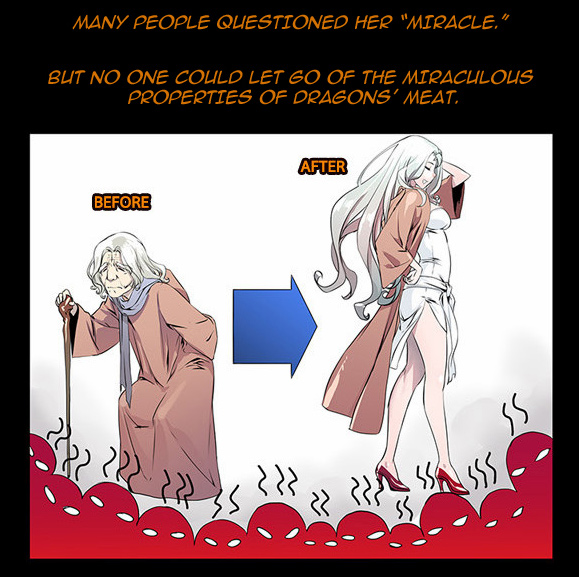 Shippole and the Dragon meat “miracle”

So that’s why Dragon meat is so demanded after and why there are cooking competitions centered around Dragon meat. I have to admit, the story in chapter 4 which created the rumour about the potential “miracle” of Dragon meat was incredibly interesting. Who wouldn’t want to be rejuvenated to their prime? Just for that sole reason and it’s possibility, it makes sense why the rumour spread quicker than wildfire and why nobles so desperately sought after such a “miracle” that they placed incredible bounties on Dragons. The odd circumstances surrounding Shippole, like some meat “falling” off a dragon as it passes her, only adds to the intrigue of the story. Was the meat Shippole cooked really Dragon meat? And why did it fall off the dragon? Whatever the reasons are, Dragon Recipe is quite the enjoyable and entertaining manhwa.

END_OF_DOCUMENT_TOKEN_TO_BE_REPLACED 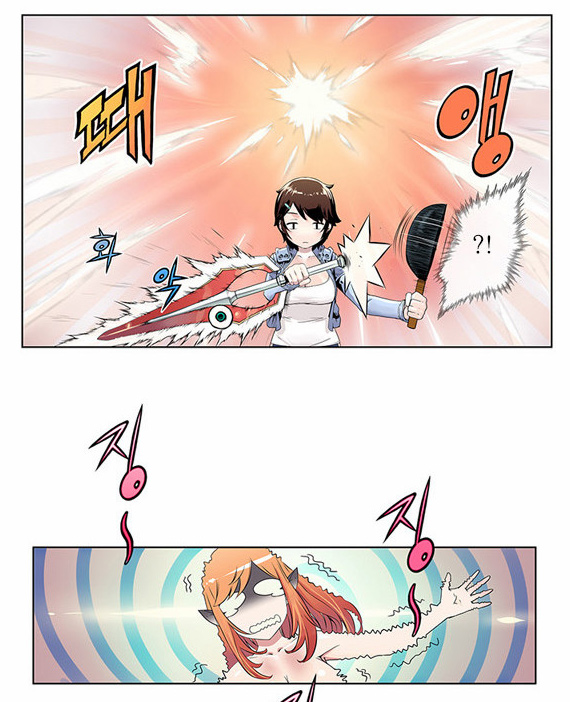 What an amusing relationship the two have =P

Well that was an unusual start to a manhwa, but as ludicrously strange as it was, I found it quite humorous and enjoyable. Rather than push forward as a heavy action series, Dragon Recipe deviants from the norm and instead heavily utilises elements of humour and gags. While this start may not impress you with the action potential it may have in the future, it does instead charm you with its slapstick humour. The way it twists the “usual” way of handling the situation into something so absurd it is beyond hilarious – pulling a sword out of a rock, “undead” knights, “hunting” Dragons, battle scenes. Over the course of three chapters, Dragon Recipe has added a whole new dimension of ridiculousness to those common plot developments it utilised. I for one am quite intrigued about where this series will head, it has my attention.

END_OF_DOCUMENT_TOKEN_TO_BE_REPLACED 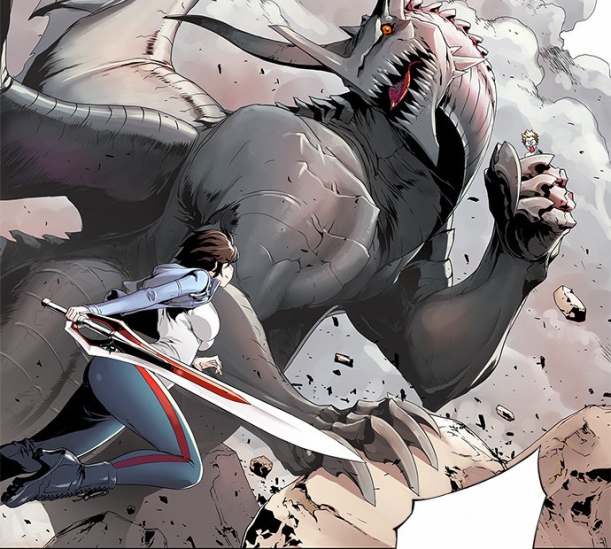 An adventure to become the worlds best “Dragon Chef” begins

The title introduces the manhwa nicely, it is effectively about hunting Dragons and using their meat to create high quality, highly lusted after food which also has the benefit of providing a great amount of nutrition and energy. The exact setting hasn’t been introduced yet, but from chapter 0, it became obvious that Dragons have fallen to the level in which they are now able to be hunted down for their meat by the residents of the world in the current era. The main character is called Incia and she seeks to become the best “Dragon Chef” with the help of the Holy Sword, Kalsis, which she meets in this first chapter.

END_OF_DOCUMENT_TOKEN_TO_BE_REPLACED 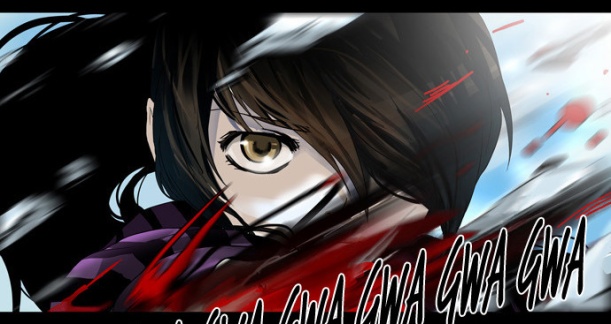 As promised, all that you seek is prepared up ‘there’

What do you desire? Money? Glory? Power? Revenge? Or something that surpasses all other? Whatever you desire…’THAT’ IS HERE.

Tower of God as the title suggest, deals with a tower, a tower so massive that it and of itself constitutes a world. This mysterious tower tests chosen participants along each of its levels towards the top filtering the resolved and capable from the ones lacking such qualities. At the top are the answers to your desires waiting for you. The story follows the journey of Baam who was alone in some mysterious underground cave until he met Rachel. Through the times they shared, she became his everything and when she chose to enter the tower to scale to the top to live her dream of seeing a real sky filled with stars, he opened the doors to the tower as well in pursuit. Desiring to find and reunite with Rachel, he proceeds to scale the tower.

END_OF_DOCUMENT_TOKEN_TO_BE_REPLACED 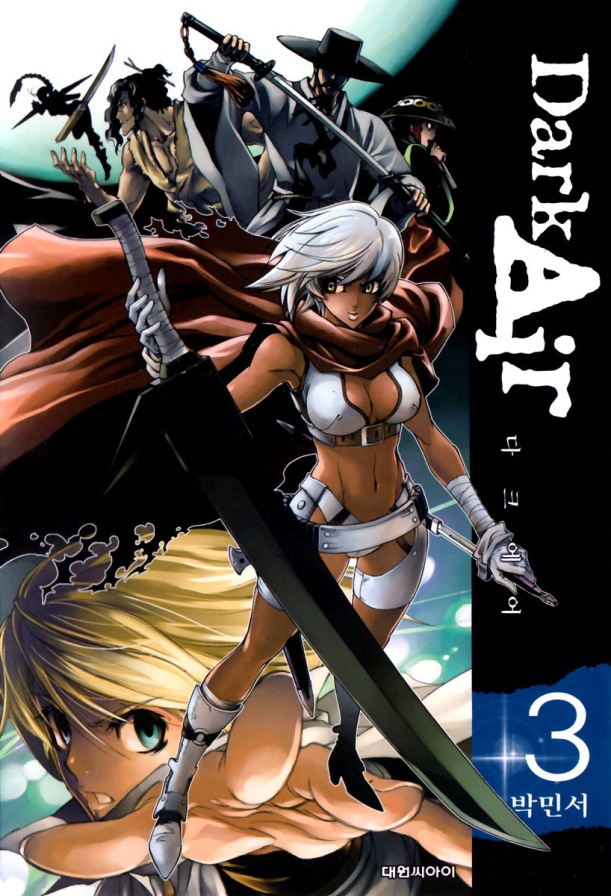 A world of magic transformed by the disappearance of it…

A world filled with magic suddenly thrust into one without magic; an interesting setting to start the story off on. It’s obvious there is something that happened before all the magic ie “Blue Air”, in the world disappeared and the main focus of the story currently is finding out why “Blue Air” in the first place disappeared. The mystery of that and the existence of a boy who is still able to use magic drives the story. The RPG setting works well with the story and while it is generic with the main character finding companions to help him on his journey, the mystery of the disappearing magic drives that generic air into something quite interesting and entertaining.