The revival of the Demon Clan approaches ever so closer

So Hendricksen had something like that still up his sleeve, what a crafty fellow he is. To awaken the demon blood within the New Generation Holy Knights and force that blood to transform the bodies of the host into creatures one would expect to reside within nightmares. Hendricksen even utilised the obsession Vivian had for Gilthunder to his advantage in order to immobilize Melodias and acquire Elizabeth. It should be interesting to see what happens with Hendricksen at the conclusion of this arc and whether all the work he has put into reviving the Demon Clan amounts to anything at the end because there is that unnerving feeling hanging in the air that the Demon Clan is about to become a serious threat within the story soon.

END_OF_DOCUMENT_TOKEN_TO_BE_REPLACED 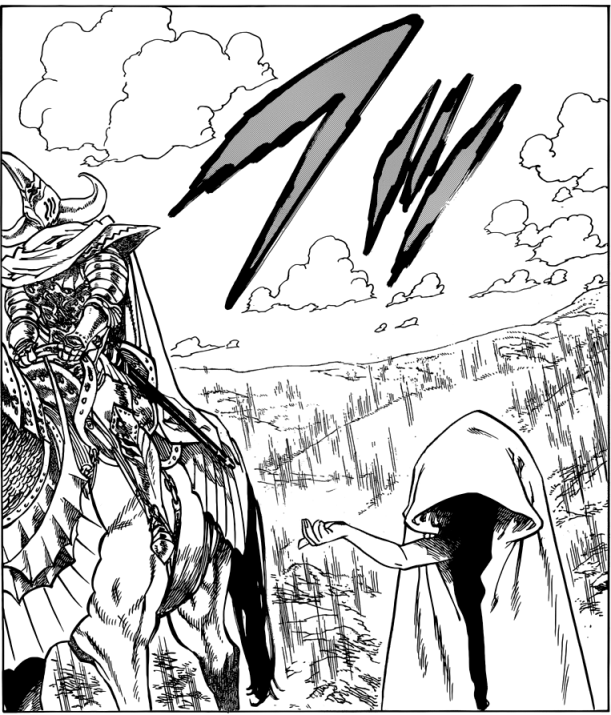 That was unexpected, so the whole army of Arthur’s was an illusion created by that hooded character, interesting…that hooded character really is dangerous. To think just two people fooled the whole of the Holy Knights, including Hendricksen, who thinks of himself as someone quite smart. Hopefully Arthur is the card able to scrap all the plans Hendricksen has for reviving the Demon Clan, but I have this apprehensive feeling that Arthur and Melodias will fight one another. At the very least, I hope Arthur comes to understand a bit about Melodias through their fight if they do battle.