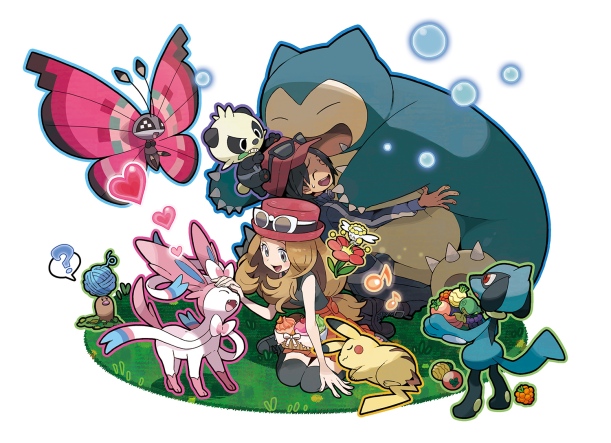 Along with progressing through the story of Pokémon X through collecting my gym badges and thwarting Team Flare’s attempts to gather valuable resources in their possession, I have been playing the Pokémon Amie and Super Training features. Effectively Pokémon Amie lets players interact with their Pokémon using the 3DS’ touchscreen and camera, playing with them and giving them treats to strengthen their bonds, ultimately affecting the way the Pokémon acts during battle. I was curious how Pokémon would act during battles, so when I noticed one of my Pokémon with two Pokémon Amie hearts getting excited before a Pokémon battle began, I became even more curious about the Pokémon Amie feature.