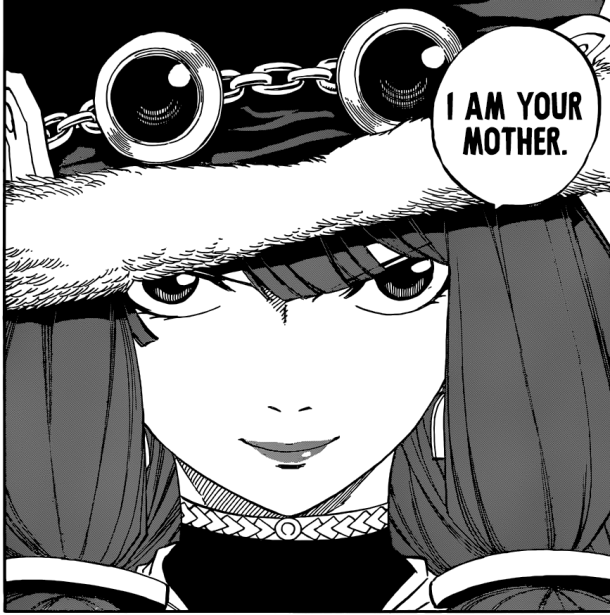 The relation between Irene and Erza is finally revealed!

The secret bond between Irene and Erza has finally been confirmed and as was made apparent since Irene’s introduction, they are mother and daughter albeit ones separated by a genuine relationship. Erza never knew her mother and Irene was long since under the assumption that Erza had perished some time in the past. As a result, the revelation of the truth ends up as a disconnect and the subsequent reactions of the two leads them to approaching the situation in a callous and indifferent manner. Irene has since realising the truth resolved to defeat her daughter and Erza in disbelief continues to stand against Irene regardless of whether Irene is her biological mother. There is no connection between the two to serve as an expression of their bond, only an empty relation which see’s the two of them baring their magic against each other.