One Piece Chapter 946 – The Great Wall Of Big Mom 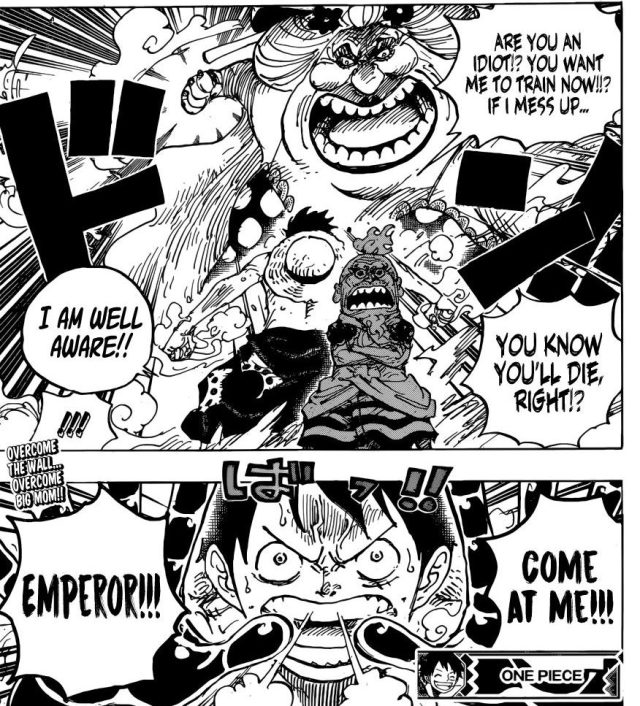 In order to open up the opportunity to defeat the Yonko at a later time, Luffy needs to learn to survive Big Mom

As expected Luffy has put his foot in his mouth and attracted the wrath of an enraged Linlin. Fortunately for him, Linlin has not seen passed his disguise and realised who he is but chances are high that Linlin will come to recognize who Luffytaro is once he escapes the Prisoner Mines. What I am curious about is whether Big Mom will retain some of her core kindness once she remembers and reverts back to her fully realised Big Mom self.

While I didn’t expect Queen to fight equally with Linlin or even last long against her, he was defeated much quicker than I had expected. Two hits, that was all it took to fully knock out Queen, a calamity in Kaido’s army, and have him revert back to his human self. Just how monstrous are Linlin and Kaido? For that matter, is Blackbeard as powerful as the rest of Yonko? Based on what we seen, Luffy has a long way to go before he can come close to fighting on par with these calibre of beasts. Hyougoro believes so too which is why he has forced Luffy into a situation where he would have no choice but to force out that massive latent potential he has overflowing inside him. Luffy may not be the best student but when the situation call for it, he is someone you can rely on. Hyougoro realised this when Luffy subconsciously unleashed his Haki to break the prison collars from their necks. 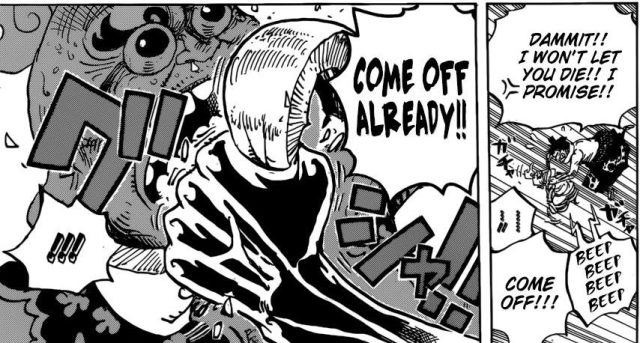 Pushed to the edge, Luffy learns to control his Haki

I didn’t expect Kid and Killer to be saved as a result of Linlin destroying the Prisoner Mines with Queen’s transformed body. As a result of the thrashing Queen received, the cell containing an unknown imprisoned individual was also damaged. Or was that the cell containing Kawamatsu? If so, we will finally get an j introduction soon! Given the delicious foreshadowing this character has received, we can expect to be treated to a wonderful surprise when Oda-sensei is ready to introduce this character.

Caribou is actually being useful which would have been surprising if not for the cover story we received. Caribou may be helping with the break out to assist with his own escape but I feel he also wishes to see the other prisoners free and the prison mines fall. Very much looking forward to the next chapter and seeing what other allies join with the Straw Hat Pirates alliance.