One Piece Chapter 878 – Conviction Of The Resolute 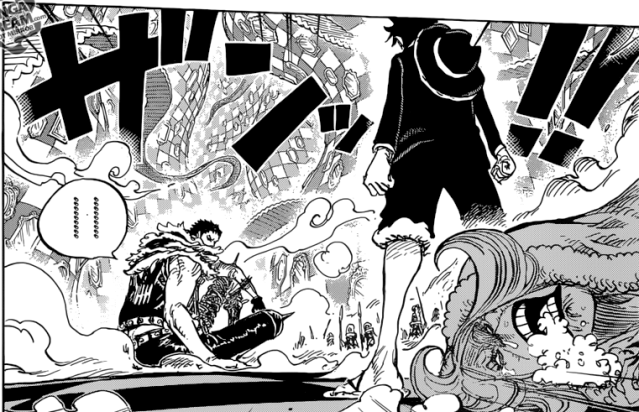 Will Luffy get to defeat a second Sweet Commander? Or will their battle end before it begins?

Just as the Night paves a way forward for the Dawn, Pedro has found himself on a path paving the way for the arrival of the inevitable changes to come. Despite the unknown it represents, he willingly placed his life on the line to ensure the ones he believed were the Avatars of that change continue on their journey towards ushering in the new Dawn. He had many reasons to despair and many chances to surrender to circumstance, but he continued to fight for the convictions he had and because of that unwavering resolve, an impossible escape has now transformed into an escape with a chance for the Straw Hat Pirates.

In a way, Pedro reminds me of Pell. They both represented Guardians of their respective countries – Pell, who ate the Tori Tori no Mi, Model: Falcon represented one of the Guardian Spirits of Alabasta and as we learned from Pedro’s introduction, he is the Mink Tribe’s Guardian Captain/Chief. They are both deeply loyal to their countries and during the climatic moments in their respective arcs they were focused in, they both were required to put their lives on the line to ensure that they ones they believed in weren’t killed. Much like how Pell survived the explosion he was caught up in, I expect Pedro to make an appearance sooner or later, alive. Maybe we’ll see Pekoms dressing Pedro’s injuries at the end of the arc. For now though, because there is “meaning” in Pedro being “dead”, Oda-sensei will keep his fate unclear.

That is a very romantic way of looking at things Pedro

I must say, I am enjoying the coverage Katakuri is getting. I haven’t seen Smoothie fight yet, but based on what I’ve seen, Katakuri is clearly the most capable of the Sweet Commanders. His intuition and instincts are impressively acute. Consequently, the danger Katakuri poses during this key moment in the Straw Hat Pirates escape, makes the scene that much more intense and exciting. What will the Straw Hat Pirates do? How will they get Katakuri off their ship? Who will get him off the ship? With such questions cycling through the reader’s mind, seeing Luffy come up with such an appropriate and well-thought out method of opening a path for his crew to escape beckons a ridiculous amount of excitement within the reader’s mind for whats to come. Not only did Luffy display his Captaincy full-force in this chapter but he made one powerful gesture towards Big Mom’s top commander that the Straw Hats Pirates aren’t having any of the Big Mom Pirates crap. They are not afraid of the Yonkou and despite being Rookies of the New World, they intend to continue sailing unbound by anyone else’s whims and restrictions.

Katakuri in turn acknowledges Luffy’s capabilities and unlike many opponents who faced Luffy before, he has opted not to underestimate the enemy before him. Katakuri has seen in Luffy what many have failed to see in him until it was too late, the level of danger Luffy truly represents. This is why Katakuri tried to prepare for the eventuality of the Straw Hat Pirates escaping Big Mom in the Seducing Forest by waiting on the Thousand Sunny but even if he was prepared for that, he still finds himself caught off guard and face-to-face with an opponent that he has yet to fully read. While I would have like Sanji to have faced off against Katakuri,  I am now just as excited to see Luffy take him on. Very much looking forward to the next chapter. 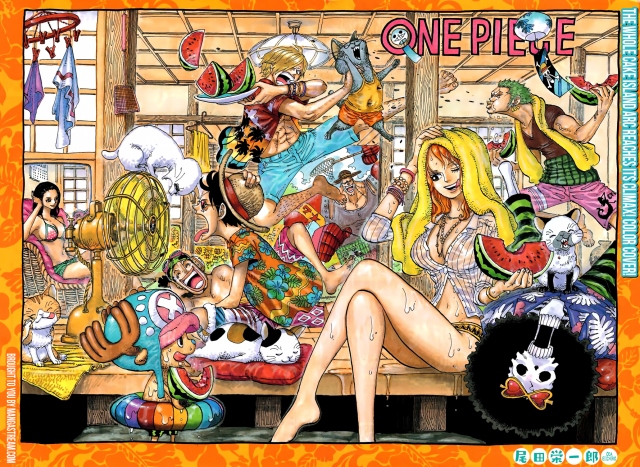 The climax of the arc has been reached! Not long now!