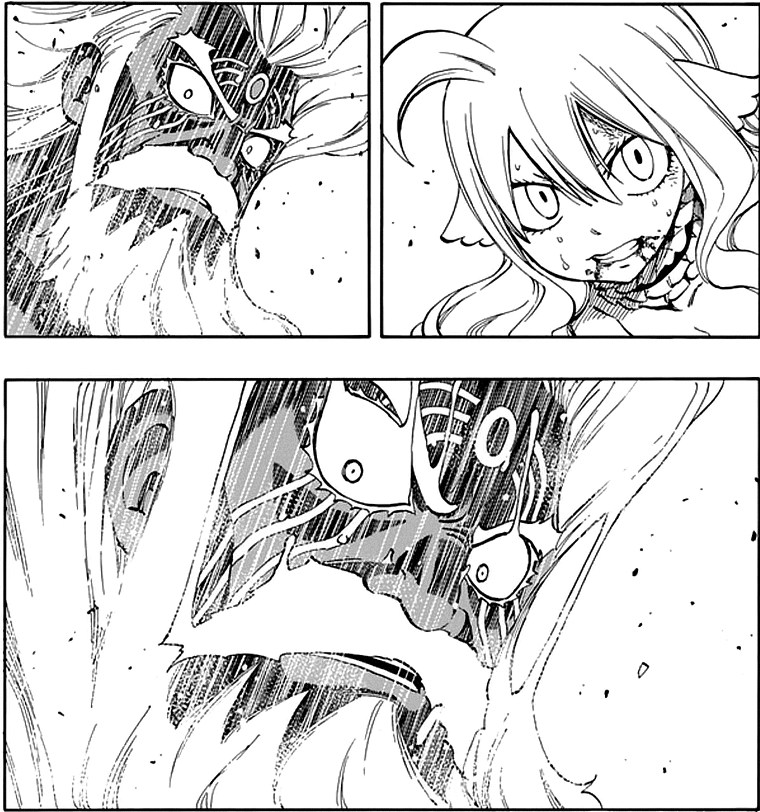 What he wanted in the end was simply to be loved

Despite my attempts at understanding what happened with Mavis’s child, I failed to even consider August relevant to Mavis even with the acknowledgement that August would serve a key role being the last the Spriggan 12. I questioned Larcade’s age not being consistent with when Mavis’s child was implied to have been born yet did not look at the one character whose age would allow the timing to fall in line. Even the desperation August had at finding an answer to the reason Zeref didn’t love his child, it makes sense now why such a question would torment August inside. His power and devotion to Zeref all make sense now.

There is a reason why I strongly theorised about Mavis not given birth to her child due to the Lacrima possibly halting any functionality within her body, it is because I wanted Mavis (and Zeref) to share their child’s childhood with him/her. Unlike with Irene and Erza, I did not want Mavis, Zeref and their child’s story to end in tragedy, which unfortunately is what exactly happened. Zeref remains oblivious even after his child’s end blind to the fact that all along his son was right there next to him. Mavis only came to “feel” she had a child when she became overwhelmed by her feelings of lose in the moment August disintegrated. And August until the very end was not able to get his father to acknowledge him and most important to him, a hug from his mother. They were a family yet circumstance prevented them from being so and in the case of Zeref and Mavis, not even knowing so.

Will she ever get confirmation that the feeling which overwhelmed her in this moment was that of losing her son?

Why didn’t Precht tell Makarov? Or leave a message for Mavis when she awoke from her coma? Or at least mention it when he was battling with Natsu and Co. on Tenrou Island. What I don’t understand and my main reason in the past for doubting Mavis giving birth when in a state of unconsciousness is why would Precht abandon the child? I thought at that time he was good friends with Mavis and wouldn’t even consider doing something as heartless as abandoning a fellow friend’s child in the middle of no where. It is puzzling. Was Precht beginning to be influenced by Lost Magic at that time? Other than that it wouldn’t make sense for Precht to abandon Mavis’s child otherwise. Couldn’t the guild have looked after August or did Precht realize that Zeref was the father and wanted to kill the child yet not have the stomach to do it directly? Because of that act, August and Mavis were robbed of having developed a genuine relationship as Mother and son. It is sad honestly, August would have done anything for Zeref and at the same time, once he saw his mother, his resolve to kill for Zeref disappeared. In the end, what August wanted more than anything in the world was the affection of his mother. All he longed for was a hug to signify that he was loved.

I really did not expect the relationships revealed this arc to have concluded in such tragic ends, well except for Makarov’s sacrifice. I genuinely believe with all my heart that Mashima-sensei would delve deeper into the relationships of Irene and Erza and Mavis and her child. Ultimately, Irene was not given the opportunity to know her daughter and August didn’t even get to find the answer regarding the question tormenting him about whether he was loved. It is bitter yet I acknowledge that everything doesn’t have a happy ending. At the very least the relationships between existing characters were given substantial opportunity to develop i.e. Gildarts and Cana. Thanks to these events, Gildarts was given the opportunity to show Cana just how much of a father he has learned to be. Gildarts was afraid before but now he seems to have accepted the role of father and is more certain of what he needs to do as Cana’s father.

How will Natsu defeat Zeref?

With only Zeref and Acnologia left now, how will events develop and will there be an end following the lose and tragedy that has engulfed this very arc. Jellal has barely done anything and given that he represents a major piece within this arc against Zeref, will he serve a role in holding off Acnologia from interrupting Natsu and Zeref? And what of Erza, how will she react with Acnologia having savagely beaten the corpse of her mother who just before gave her life to save Erza from herself. Natsu seems to be holding his own against Zeref and despite what we have seen in the power gaps between the two characters, the arc is heading towards Natsu being the one to reign victorious. What does Acnologia plan on doing and can Fairy Tail + allies stop him? Looking forward to the next chapter.