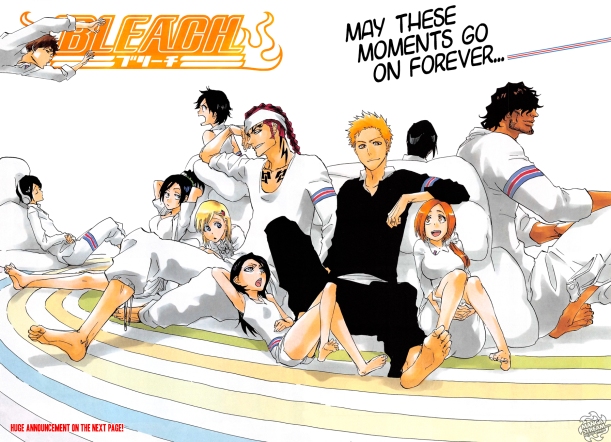 And with that the end of another major manga has ended. It took us until the last chapter, but finally we get some clarification on the motives of Yhwach and why he was so obsessed with merging the worlds together. It was because of the fear of death, he wanted to merge life and death into one existence to escape such an inevitable fate. We don’t get much explanation regarding the remnants of Yhwach’s energy remaining between the worlds but it may have something to do with the fear driving Yhwach. The major focus in the chapter is given to reintroducing the main characters and introducing the new generation of Shinigami – it was quite cool to see Ichigo’s zanpakutou passed on to his son.