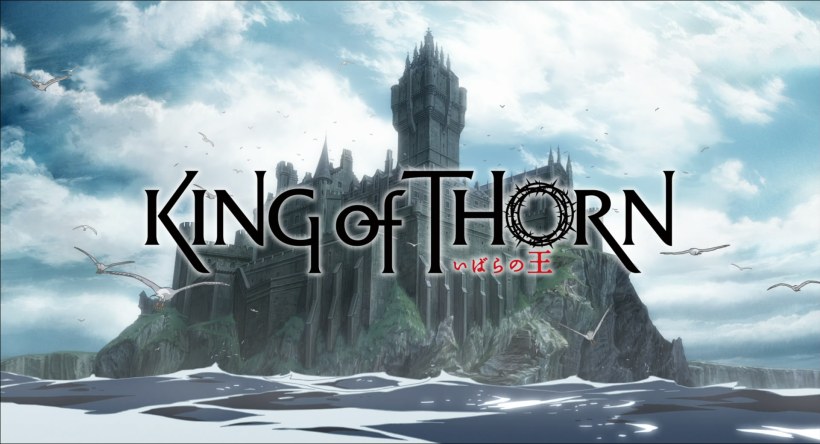 The despair of Salvation

King of Thorn is about a story of a group of infected individuals chosen via a lottery to undergo cryosleep to wait for the world to develop a cure for the virus killing them. Things go wrong and the individuals find themselves at the mercy of death’s whims. The manner in how King of Thorn introduces the theme of trauma and twist it through the mystery of what went wrong creates a fascinating stage for the story and the characters relevant to it to unravel and reveal themselves in.

The fodder though are another matter. The manner in how the nameless characters were disposed of to reduce the characters to just the key members felt incredibly lazy and cheap. As a result of one idiotic moment, 90%+ of the survivors were cleared from the story. The absurdity of the moment was retrospectively amusing when viewed from a callous perspective, but I was actually looking forward to the characters thinning down throughout the film as the terrors of their circumstance were slowly revealed. Sadly though, after the survivors were reduced to single numbers after one bizarre moment, the creatures roaming the facility weren’t given many bodies to carve their terror into. Admittedly this did take away from the horror element supporting the story but thanks to the characters who did survive being interesting, I nonetheless found myself enjoying the film.

The cast of King of Thorn

The main characters were given space to shine, especially before their deaths. You felt for the characters that did die and thanks to the bold manner they went out in trying to help the others, you aren’t left mortified over their deaths.

Once the truth of the facility and the virus affecting the characters begins to be covered, you start to understand how the earlier plot points laid out in the story come into play and fit into with the current circumstances the survivors find themselves caught in. There are gaps in understanding the origins of the virus and why it came to be but fortunately that doesn’t affect the enjoyment of the film in any major way. Instead it gets you hopeful for a prequel. The story does lean itself more to getting a prequel than a sequel, especially in regards to the characters. Personally, I didn’t really care much for the characters that survived at the end, I found the characters that died to keep the characters that did survive alive more intriguing and fascinating. I do admit that the character story of one of the characters who survived was pretty interesting.

The action is solid in the film, particularly enjoy the coverage the soldier gets throughout the film. While it is odd that more military personal weren’t notified about this incident as it happened, the isolated and private nature of the lottery experiment may be the reason as to why.

Overall, King of Thorn is an enjoyable film, but at times it does sacrifice delving deeper into its concepts and ideas presumably in fear of losing the viewer. Personally I would have loved to have had further information on the virus. Yet despite its flaws, a lot of the elements present in the story invoke intrigue and wonder and ultimately King of Thorn is still a very enjoyable film. Additionally, I will definitely give the manga a try to find out exactly how differently the events were handled in the source material.