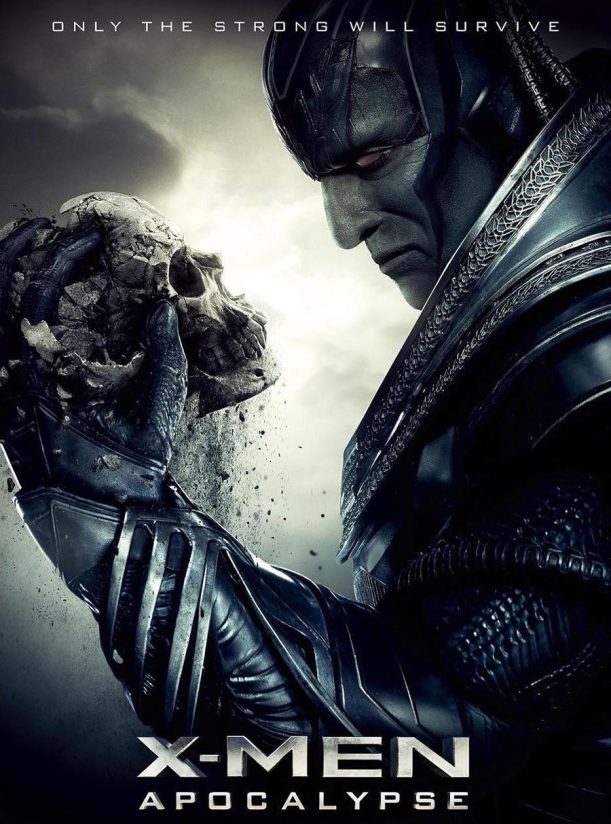 Sadly, Apocalypse displays more intrigue in this poster than the film

With the existence of mutants now known, the tension between those without abilities and those with mutations fractures into a divide filled with discrimination and fear. Those with mutations fear the treatment they will suffer at the hands of non-mutants if the truth of their difference were to be revealed and of the monsters they will have to become in order to survive. In fear of others and themselves, they hide. Non-mutants, in fear of those with abilities, develop countermeasures to protect themselves. With this widening divide forcing those with mutations to live in the shadows, the sight of this reality offends the very first mutant, Apocalypse otherwise known as ‘En Sabah Nur’, now awakened from his coma-like state of suspended animation thanks to the efforts of his followers (who believe him to be a God). Coming to terms of the reality of the time, of how mutants have become overshadowed by the weak, Apocalypse resolves to wipe clean the slate of the worlds image and rebuild it again into one ruled by himself and his mutant ‘children’.

END_OF_DOCUMENT_TOKEN_TO_BE_REPLACED

United We Stand. Divided We Fall.

Effectively the film is about four characters; Captain America (Steve Rogers), Ironman (Tony Stark), Winter Soldier (Bucky Barnes), and Black Panther (T’Challa), driven by a misunderstanding, a Hydra experiment, the fear of power and differing views of safeguarding the world. The lead up to Civil War with the previous MCU films sets the stage for the fracture between Ironman and Captain America and why after being united for so long they are divided in their views of how their powers should be used. Not just an action blockbuster that satisfies with memorable fight sequences, Civil War raises the emotional stakes and compels the viewer with its treatment of the multiple characters featuring in the film. A definite worthwhile watch.