The air itself around them froze for a moment

After over a decade in waiting, it has finally come. That echoing moment that any Bleach fan had resounding in their minds the instance its existence was made known. With the hush of silence and the embrace of darkness signalling it, the hearts of every Bleach fan stopped the moment that one word was uttered. A word so powerful that it shattered open the flood gates of patience and let loose years of contained excitement. A cornered Urahara Kisuke has finally revealed his most powerful trump card. A power that materializes his zanpakutou’s spirit and unleashes it. Bankai. Urahara Kisuke has finally unleashed Benihime!

I had a feeling that Askin releasing his Vollständig would end up countering the unstable nature of Yoruichi’s reiatsu and any vulnerability in the time it takes his body to build up immunities. Askin is able to adjust the immunity system in his body to the subtle variations of poison that he is exposed to. As long as the poison base is the same, he can relatively quickly build an immunity to it and render the poison ineffective.

I expected Askin to expect Kisuke to be a shrewd opponent that any plan used against him would be figured out shortly, but Askin revealing how his powers worked to Kisuke as soon as he used an ability was somewhat of an eye-rolling moment that induced the all too common feelings of “oh no, not again”. Why do the enemies in Bleach end up shooting themselves in the foot by revealing too much to their opponent? I get that Kisuke would have figured out quite rapidly what was happening, but at least make the opponent work for their victory instead of serving it to them in a neatly wrapped gift box. The only lethal thing I see in this battle is Askin’s mouth sealing his fate. Its a shame Askin hasn’t build up an immunity for being such a chatterbox. 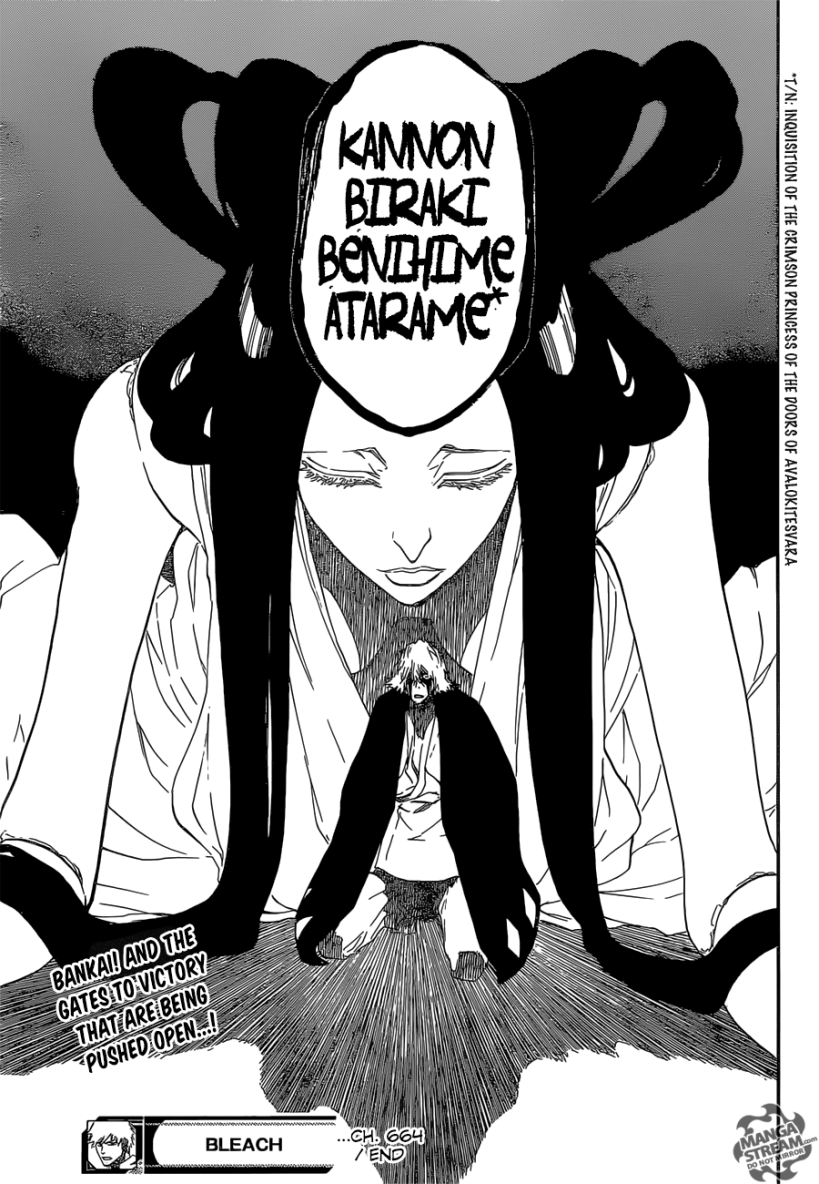 With Kisuke releasing Kannon Biraki Benihime Atarame, it seems like Askin’s days are numbered and that whatever is coming, Askin is dead center in its path. Hopefully before kicking the bucket, Askin is able to challenge Benihime somewhat and help the reader’s get an idea of what exactly Benihime is capable of. Very much looking forward to the next chapter.

One thought on “Bleach Chapter 664 – Kisuke VS Askin [Bankai]”