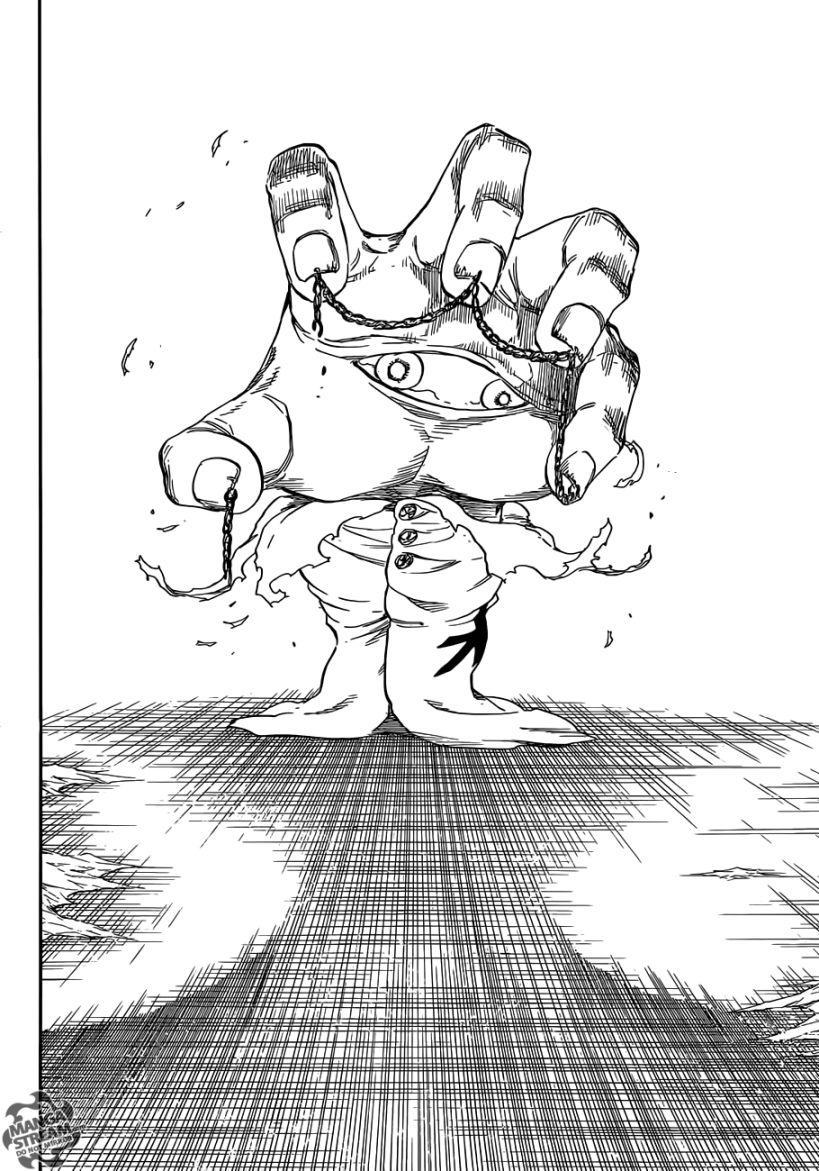 I wonder if Kenpachi will return to the fight at some point during the battle with Pernida, especially now that Kenpachi has regained moved in his eyes and possible will likely regain movement throughout the rest of his body as time passes. I just can’t see someone of Kenpachi’s caliber and supreme power being shafted to the sidelines when such an overwhelming foe has revealed itself. 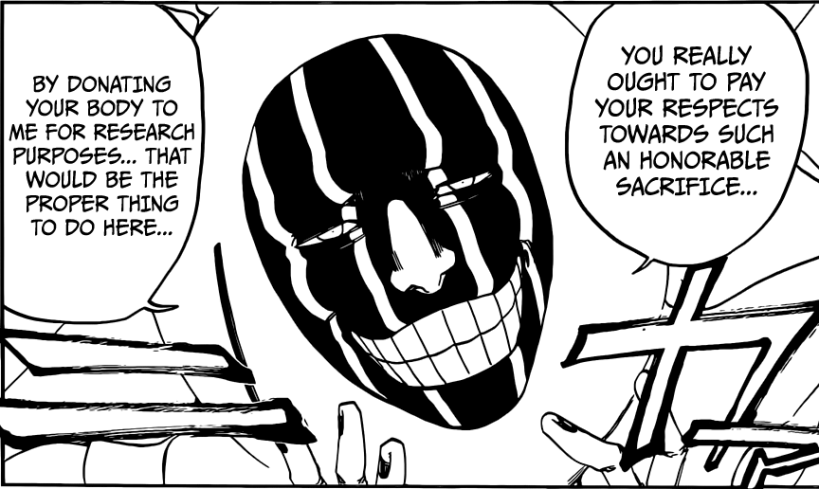 When you say it with such a smile Mayuri, why not? …

Mayuri’s words can be immensely grating, I do not blame Pernida for reacting to them and raging. I can’t figure if the resulting effects of Mayuri’s “consideration” is intended or whether Mayuri genuinely believes what he is saying is meant to be in the others best interests. Whatever the case, Mayuri’s belittling and condescending attitude set Pernida off.

If the Left Arm of the Soul King holds even a fraction of the power of Juhabach’s current level, I really do wonder how Mayuri and Kenpachi will end up defeating it. The fact that it has a similar eye to Juhabach and Jugram’s current eyes, makes me wonder if it too can see the future. If that is the case, defeating it with just Mayuri and Kenpachi will be a challenge. I wonder what Mayuri has prepared for such a case, as he most likely has something prepared. 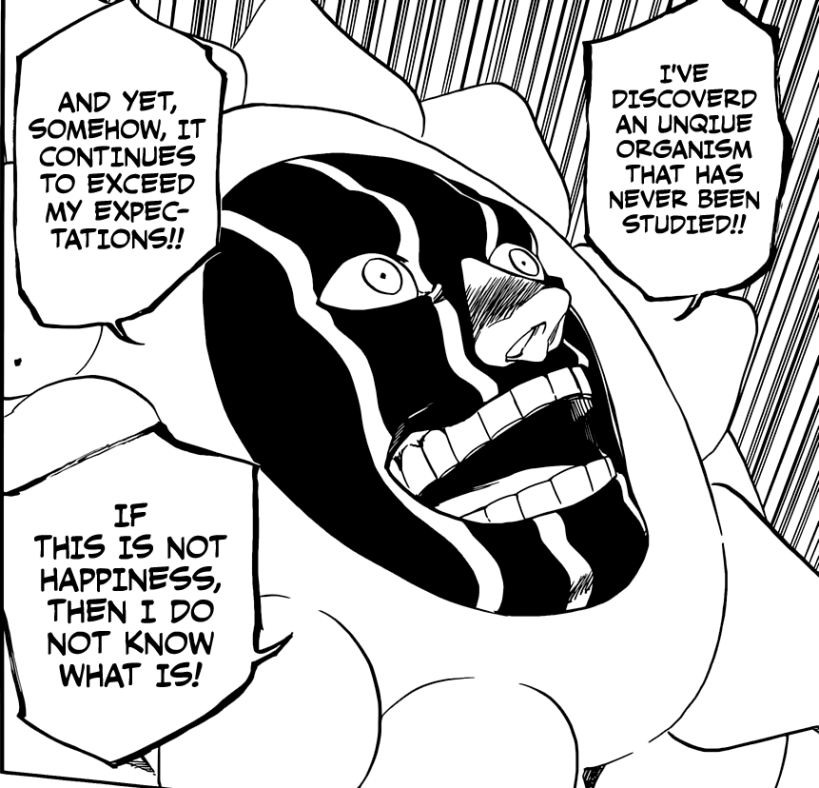 With the Left Arm revealed to be relevant to the story, I now am seriously beginning to wonder when the Right and Left Legs of the Soul King will show up and what role those limbs will play in the story. The limbs may just posses their own identity and consciousness as the arms do. The Left Arm seems to be incredibly adamant in conveying that its name is not the Left Arm but “Pernida”, so it has apparently developed its own consciousness separate from the Soul King. Still, I wonder what Juhabach had planned for Pernida =/. Really looking forward to the next chapter.