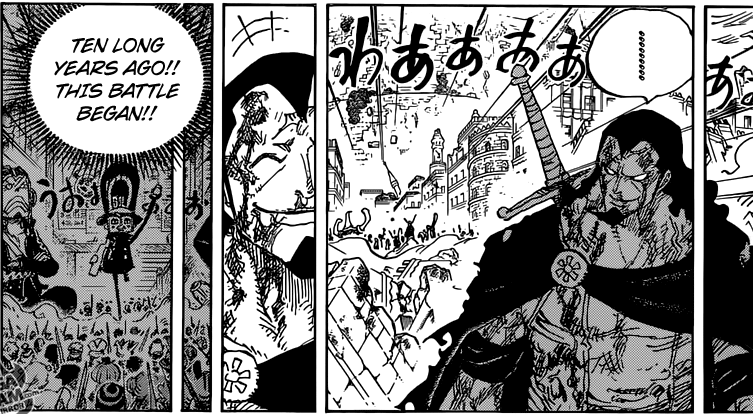 Kyros, the hero of Dressosa

The Heavenly Demon’s hold over Dressrosa has finally been lifted and with Bird Cage nullified, the people of Dressrosa after ten long years are liberated. Kyros in particular, after his ten-year long battle against the shadows and deception of Doflamingo, his efforts have finally bore fruit and the nation he loves so dearly has finally been opened up to the truth. The nation has come to realise the price of their ignorance and through the deceit of Doflamingo, have finally found the type of land they truly seek to live in – one governed by freedom.

A nation broken and tainted through ten years of corruption and manipulation has found itself through the struggles and efforts of pirates who sought to aid the brave souls of Dressrosa who continued to challenge the darkness of Doflamingo for ten years without giving up and relinquishing their hopes for changing the nation they each so loved. Because the spirit of Dressrosa continued to burn for ten years within the few souls courageous enough to challenge its darkness, the truth about the tragedy hidden away within its shadow was finally able to be brought into the light and ultimately revealed to the whole nation. 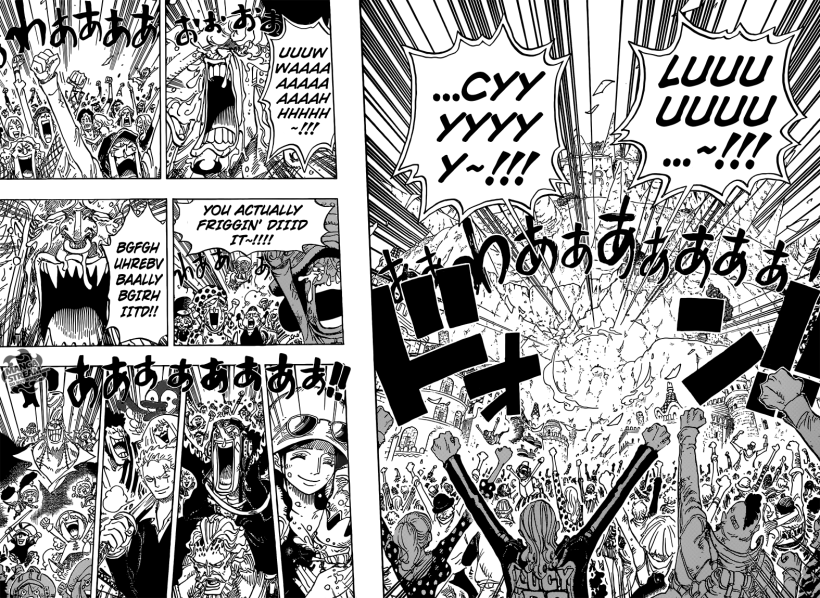 Despite its flaws, the Dressrosa Arc still managed to push forward an inspiring story where a lone soldier beaten by both tragedy and overwhelming odds managed to endure and overcome the impossible. The legendary gladiator Kyros kept the spirit of Dressrosa alive and through his efforts became the hero who created a rebellion to challenge the darkness which has now succeeded in winning back the nation. Kyros may not have defeated Doflamingo, but he was integral in why Luffy and the rest of the Straw Hats on Dressrosa chose to help the rebellion stand against the Donquixote Pirates. It was because of Kyros that everyone fighting for Dressrosa held onto their hope. The man who had no choice but to remain strong and focused for ten years is finally able to release the weight of fighting from his shoulders and let out the tears he was not able to shed for all those years. Tears which embody the sorrow and struggles Kyros endured for ten years. 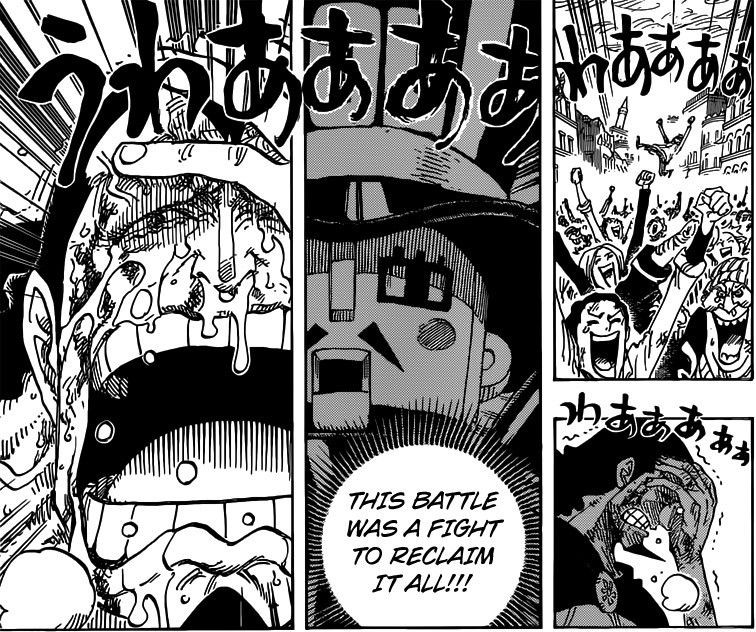 Finally, he lets those tears flow…/tear

Personally, I would have loved Kyros to have gotten a more centered focus within this arc, but seeing as Oda incorporated many developments to take place within the arc, such as Law’s revenge, the Straw Hat Alliance formation and Luffy’s Gear Fourth, I understand why Kyros’s story can get overshadowed and negatively affected by the other central developments. It would have been beneficial for the arc to limit the focus of the story to less developments in order to restrict the focus of the reader’s attention and make the few developments being highlighted more impacting. 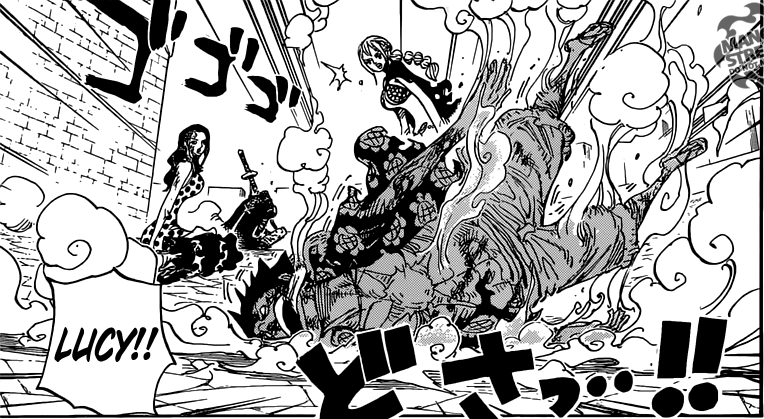 Overall this arc has been a thrilling one to read, it kept me excited and brought to light some interesting revelations. Even though I do have a somewhat jaded opinion on the Luffy VS Doflamingo battle, which I feel became too dramatised with Bird Cage becoming a prominent necessity in the battle, I still enjoyed the arc as a whole and very much look forward to seeing the eventual effects resulting from Dressrosa.

Rather than the focus of the arc being on Luffy defeating a Shichibukai (and the Straw Hat Pirates taking on a Shichibukai crew), when you look at the future implications these current developments can have, you begin to realise that the Dressrosa Arc is more focused on building the Straw Hat Alliance and highlighting both the strength and weakness of Gear Fourth. As such, it makes sense why the Luffy VS Doflamingo battle took the backseat in favour of highlighting Luffy’s Gear Fourth weakness and the strength of the characters about to become part of the Straw Hat Alliance. It also seems likely that one may not see the true worth of the Dressrosa Arc until we see the actual impacts the events taking place within Dressrosa have on the rest of the world. Instead of viewing Dressrosa within the scope of one arc, it may be more prudent to view the Dressrosa Arc as a smaller piece to a much larger picture that is the New World. Big waves will be created from the ripples caused within Dressrosa and the name “Straw Hat” and the initial “D” will undoubtedly echo across the New World. 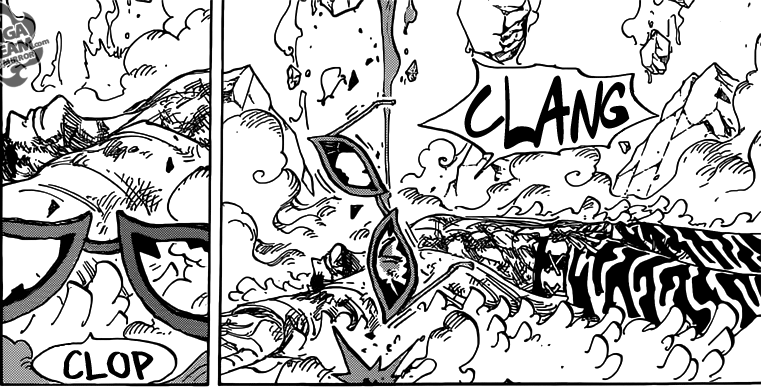 The end of the Heavenly Demon

Such changes will most likely be reflected in the 800th chapter of One Piece which Oda seems to be holding off for, given the nature of him purposefully dragging the content in these recent chapters. With Doflamingo defeated and Dressrosa saved, I am very eager to see where Oda plans to go from here and whether he plans to change the focus towards the Swirly Pirates soon. Very much looking forward to the next chapter.

One thought on “One Piece Chapter 791 – Freedom”