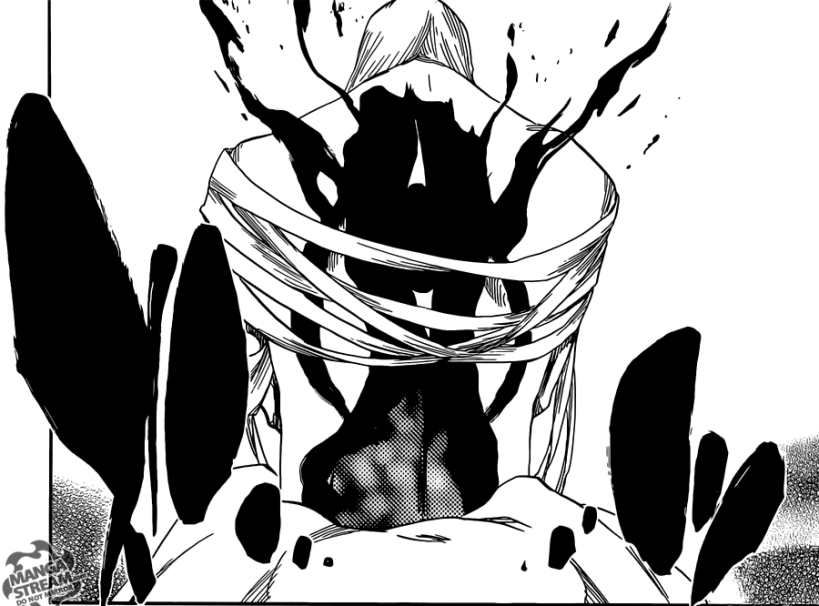 The birth of a new Soul King

Wow, that was quite the twist…so Ukitake survived his lung disease as a child because of the “mythical God” Mimihagi-sama, who happens to be the right arm of the Soul King. Ukitake’s lungs were offered as a sacrifice to Mimihagi-sama and since that moment Ukitake had expected for a time like such to arise, where he would have to invoke Mimihagi-sama again and use its power to save Soul Society from ruin. Ukitake with all of his internal organs as a sacrifice will give his life to become a vessel for Mimihagi-sama and become the new Soul King.

That was unexpected, makes you wonder where the other missing limbs of the Soul King are…

Does Juhabach even foresee the rebirth of the Soul King in Ukitake’s body? Or is his power of foresight limited? Will be interesting to see Juhabach’s reaction once Ukitake becomes the vessel for Mimihagi-sama and becomes the new Soul King. The halting of Soul Society’s destruction should also help remedy the mental anguish Ichigo is currently under after realising that he is the one who initiated this destruction. Maybe now after falling prey to Juhabach’s trolling, Ichigo will learn to be a bit more cautious and exercise some restraint while venting his anger at Juhabach.

The darkness! HE is coming! Aizen “king of trolling” Sousuke! The man who single-handedly took out the Gotei 13 but eventually fell prey to his own arrogance is about to make his grand return! How ironic it will be when Aizen ends up being the one to save Ichigo. Still, Aizen’s sense-manipulating ability is an extremely powerful one and one which can theoretically distort the “All-Mighty” power of Juhabach. Well, I can’t exactly be sure if Aizen’s zanpakutou works on a fully awake Juhabach, but Aizen will certainly be significant in causing Juhabach’s defeat. 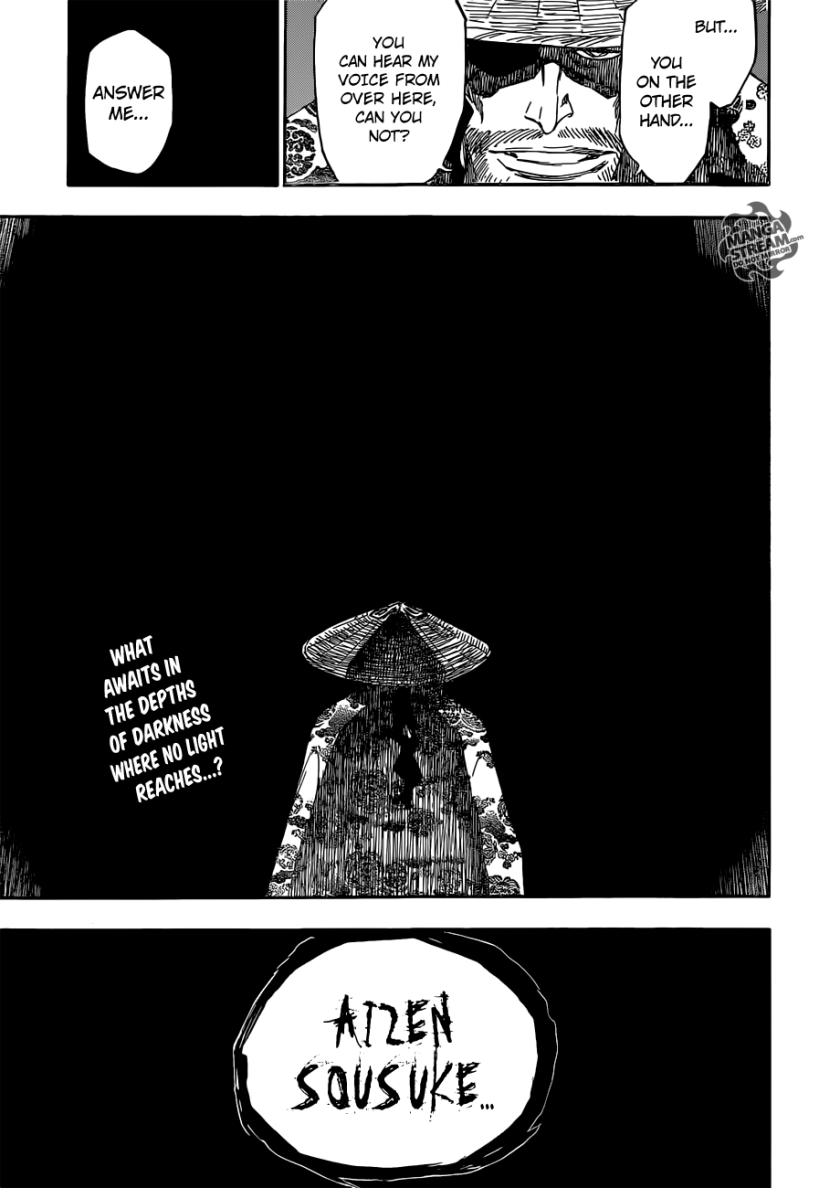 I can’t believe I am this excited to see Aizen again!

With past characters returning, I wonder how Ginjou and the other Fullbring will feature in the upon climax of the arc. And will Sado, Inoue, Yoruichi and Ganju actually get a fight in this final arc? Just match them against the “Elite Force” of Juhabach already Kubo-sensei! Four vs Four, the numbers make such a development so easy! Do iiiiit!!!