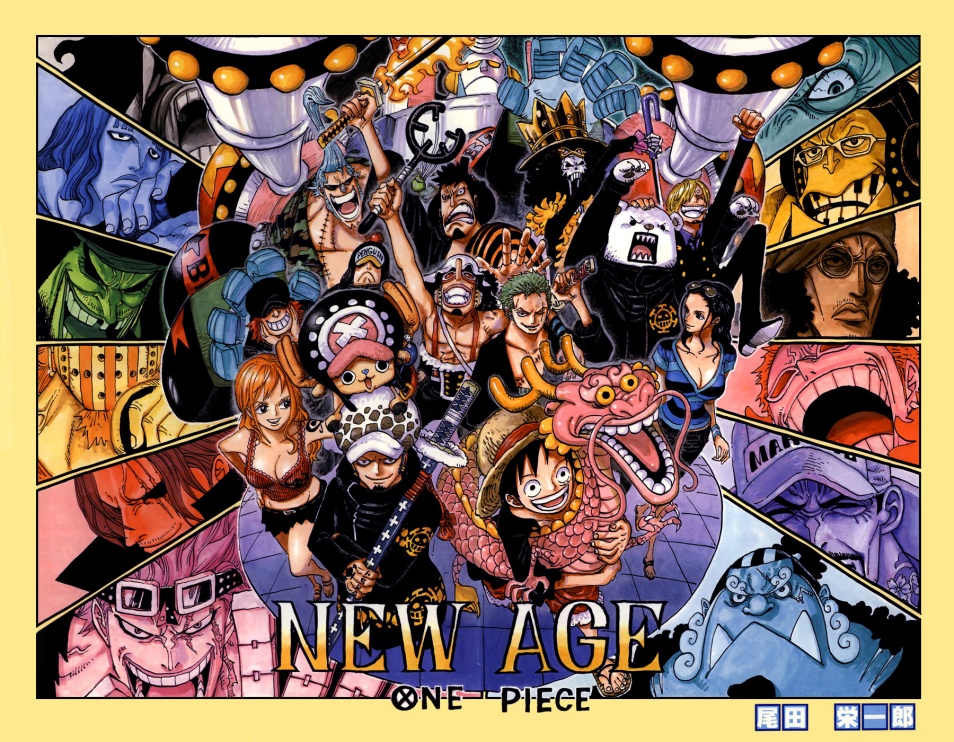 What adventures await the Straw Hat Pirates in the New World?

If Monet really is an astronomer, we may very well get an arc/saga centered around the moons and space in the future. How exciting would it be to see the Straw Hat Pirates sail across the “Black Sea” towards one of the moons of the One Piece world?

The fact that Oda had revealed in the Enel’s Great Space Operation cover story that there are Space Pirates and Space Pirate ships within the One Piece universe, the possibility of space being sailed upon does exist. Since a precedent has been set, it is possible for the Straw Hat Pirates to “sail” in space like the Space Pirates do.

There is a certain reason for why I believe Monet may have knowledge on astronomy – the reference Oda placed in chapter 666 of Monet reading a book with the title beginning with the letters “ASTRO” (middle left panel). There aren’t many words that begin with “ASTRO” that a book could be titled after, and the word that would currently be the most relevant in the story of One Piece is “Astronomy” as Oda himself has made space relevant to the story of One Piece. It also seems likely that a role such as “astronomer” may become relevant to the Straw Hat Pirates adventure if Oda is planning to have them travel to space and include more nakama in the crew. In this case, Monet’s knowledge on space may become critical in the Straw Hat Pirates future adventures.

Additionally there is a second book which Monet reads with a word comprising the letters “CLIP” (bottom middle panel of Monet). If Astronomy is the subject Monet was reading about, the title of this book could be “ECLIPSE”, which is also relevant to space and the moons.

The Tenryuubito wearing garments that look like a “spacesuit” makes one tempted to reach the conclusion that space is in some manner or form relevant and/or connected with the Tenryuubito and the history of the Twenty Kings. The name the leaders of the World Government go by also seems to suggest some form of relation to space and astronomy – the Gorosei (Five Elder Stars).

Also with Monet’s dream centering around the Pirate King, astronomy may be relevant in locating Raftel, as from Roger’s comment to Whitebeard, getting to Raftel doesn’t seem as simple as just sailing towards the end of the Grand Line. The fact that Oda made the Pirate King such an important concept to Monet that her seemingly final thoughts were about it, adds to the support of Monet becoming a Straw Hat nakama as her dream is apparently deeply connected with the Pirate King, which is exactly what Luffy dreams to become.

There’s Something About Monet (Nakama Theory):

>>Evidence against Monet being dead

>>Is Monet evil and irredeemable?

>>How will Monet become relevant to the story?

>>What will Monet’s role in the story be?

>>The Potential Of Monet

2 thoughts on “[Theory] One Piece – What Will Monet’s Role In The Story Be?”