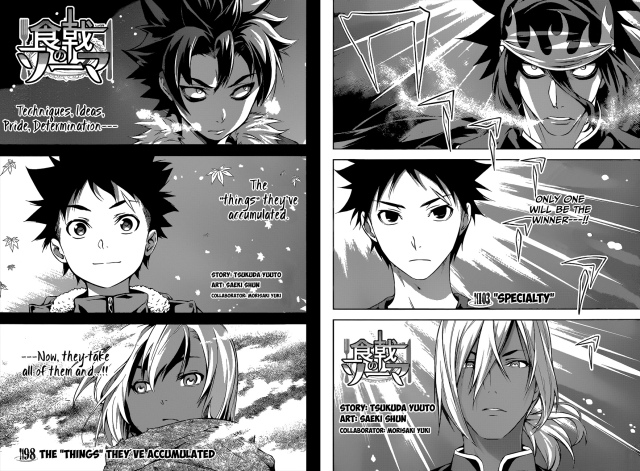 In order to rise to the top…

What an interesting conclusion to the Autumn Election yet a very appropriate one if you look at the arc from a certain angle. Souma represented the underdog in this arc as everyone not his friend believed he would crash and burn in the face of geniuses yet throughout the arc he accomplished feats many thought were impossible and defeated opponents others believed were unbeatable. Still, despite his successes, the students failed to recognise Souma’s ability as they all desperately wanted to avoid coming to terms with the truth that a person without talent can reach the level of geniuses. It was only in the finals when Souma showed them the possibilities of hard-work that they began to understand that they too were able to push their cooking to levels that can reach people like Ryou and Akira. Ultimately though, there was an aspect of flavour Souma was missing, the flavour of ones identity. The flavour one reaches when they truly desire to put their whole being into the dish they are cooking.

Hayama Akira wanted more than just creating a great dish to beat his opponents with, he was desperate to convey his ability to change the world of flavours through the use of aromas, a style of cooking he developed based on the love and belief Shiomi Jun embraced him with. Through the belief Jun had in Akira, a boy who didn’t originally have a name, she gave him a reason to live and a direction to focus his talents towards. Empowered by his love and gratitude towards Jun, Akira became a chef able to put his essence into the flavours he uses to construct his dishes. 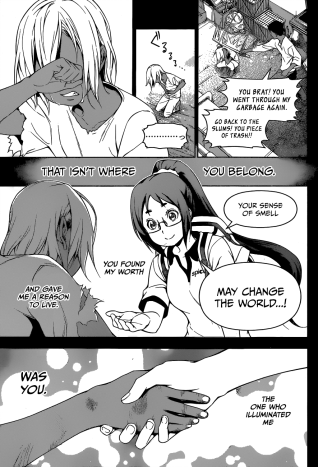 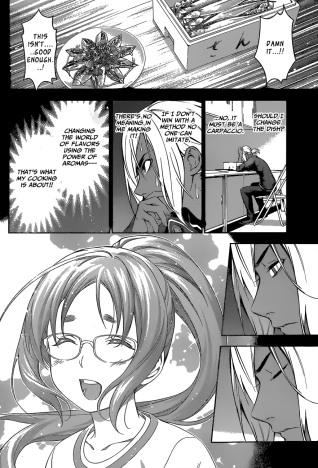 Unlike Souma, Akira had a reason to go beyond just creating a great and delicious dish, he had a reason for creating a dish that was uniquely his. In order to prove that Jun was right in both believing in him and saving him, he chose to cook a dish that would highlight the very talent Jun believed he possesses. 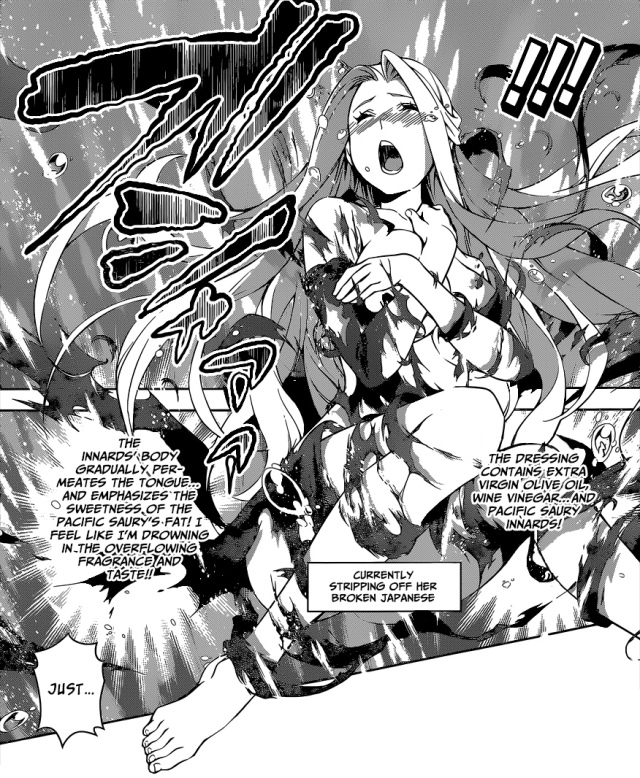 Souma at the moment, as talented as he is, isn’t driven from the core of his being to truly exist within his dish. The Autumn Election finals illustrated that Souma does lack something which Akira currently has, the ability to convey both ones love and identity within the dishes they make. Souma’s father, Jouichirou, did want to convey to Souma in the very first chapter that ‘the secret to becoming a good chef is to meet a woman who will make you want to give all the food you make to her’. That desire and love to want to incorporate yourself within your dish was the very element which allowed Akira to pull ahead in the Autumn Election final. 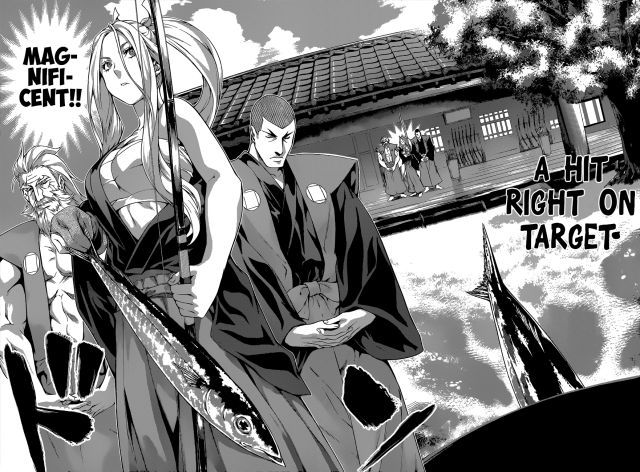 Ryou also does have someone he admires, respects and is grateful towards (Alice), but his obsession with winning may be what hurt him in the finals. Ryou was so fixated on beating Akira and proving the strength of his cooking to him, he may have failed to truly express the depths of his cooking to the judges. It has become apparent that being driven by love when cooking can empower a chef, so it will be very interesting to see how Ryou comes to terms with his feelings and realises that being inspired by another person isn’t a weakness, that it can be beneficial. When Ryou realises that cooking isn’t all about power, how will he evolve his style?

I would like to note that Megumi is also driven by thoughts for a certain person (Souma), and ever since she began uses thoughts of Souma to motivate herself, her cooking has noticeable improved and evolved. Megumi may not have the same skills as Ryou, Akira or Souma at the moment, but once she furthers her skills, I am very excited to see what she would be capable of then, especially with her whole warmth and identity existing in her dishes.

Given that Souma is the main character, I had perceived it as an inevitable outcome that he would ultimately win, the fact that he didn’t I find extremely refreshing, yet it didn’t undermine Souma’s talents and efforts, it only served to fortify just how great a chef Souma is. Souma may have lost the Autumn Election, but the ability of Souma to use failure to inspire and push himself to a new level of cooking is something very exciting. Also with someone not Souma winning the Autumn Election, the relevance of secondary characters (students) has remained important as they too possess strengths capable of reaching the top and are not just merely stepping stones for Souma. 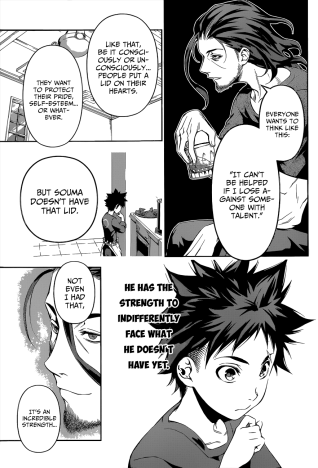 The manner in how Souma also become an inspiration to the rest of the Tootsuki Academy students who don’t possess the same talents as Akira, Ryou or even Erina was a very meaningful development. During the Autumn Election while seeing just how inhuman certain contestants were, I had wondered how the hell a normal person would be able to compete against them, yet Souma was able to reveal a possibility within a seemingly impossible act. Those without inhuman talents are able to fight on an equal level with those with talent. Despite Souma losing to Akira, the truth of that possibility still holds relevance as everyone witness to Souma’s accomplishment realised just how real beating a talented genius can be. With the whole of Tootsuki Academy inspired, I look forward to seeing just how they will express their new-found strength in their cooking.

Truthfully, I am actually incredibly happy that Akira was the one who won the Autumn Election. I was intrigued by his character early on and throughout the Autumn Election, I have come to like him more and more. I didn’t believe he would win initially because I was under the perception that Souma would inevitably be the victor. But in retrospect, when looking at the arc from a certain angle, it is obvious why Souma lost. Tsukuda Yuuto most likely didn’t want to rush the story and have Souma advance to the level of the Elite Ten so quickly. Akira was conveyed as a chef closest to the level of the Elite Ten, so him being the victor makes a lot of sense. The flashback of Akira only reinforced the reason for him winning as he possessed something that Ryou and Souma currently do not.

The winner of the Autumn Election – Hayama Akira

I am very much looking forward to seeing what Souma’s reaction will be and where the story will head from here on. How will Souma find the style of cooking that expresses who he is?