So that is what Askin’s “Death Dealing” ability is, to be able to manipulate a person’s lethal dose tolerance to a substance, how fascinating. Initially I was wondering where the chapter was going when it began talking about the concept of “lethal dose”, but once Askin revealed how he would apply it in the battle against Ohetsu, it made sense. Unfortunately for Askin, he wasn’t up against just one Zero Division member, Tenjirou joined in and pretty much nullified the effect “Death Dealing” had on Ohetsu. I guess Askin only has his allies to blame for getting disposed of so easily and Yhwach for just standing there like a chump and not doing anything useful to assist.

Askin could have so easily won this battle, if only he just kept his mouth shut…and to think he believes Ohetsu beat him because he was one who underestimated Ohetsu…Of course the enemy is going to find a counter to your ability if you blatantly tell them exactly how your ability functions and how you are trying to kill them. Ohetsu could have thought he was poisoned if Askin didn’t reveal he reduced the tolerance of Ohetsu’s body to the blood flowing within. Ah the fight that could have been…

Sometimes I really wonder, how the hell did the villains survive this long if they keep revealing to every character they meet how their ability functions. Some secrets are meant to stay secret, especially if you intend to defeat your opponent, but I guess characters in Bleach these days battle to see who can be the first one defeated (congrats Askin you won!). Askin was more at the mercy of his own stupidity than death, he practically told Ohetsu how to defeat him and may as well have been laying on the floor ready to take Ohetsu’s punishment.

I can’t believe that those four Sternritter were Yhwach’s “Elite Force”. I am somewhat disappointed. Couldn’t Kubo-sensei have at least used those four to highlight Sado, Inoue, Yoruichi and Ganju? 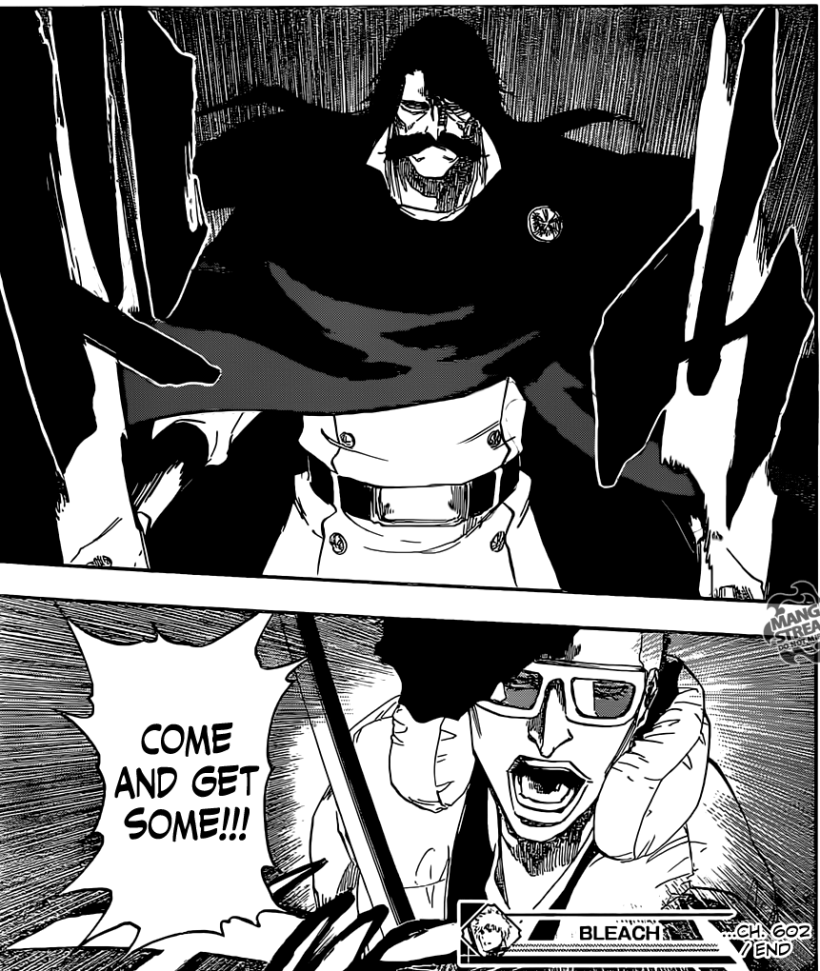 Based on what the Sternrriter “Elite Force” just showcased, I ain’t expecting much from Yhwach when he meets Ichigo again

I wonder if Yhwach is going to give a commentary on how Ichigo should go about defeating him. Honestly, after Aizen and how he ended up digging his own grave and jumping in it, I would not in the slightest be surprised if Yhwach did the very same thing this arc. Anyway with enemies running out, I am curious to see how the Full Bring users will come into play – Ginjou and Co. With Yhwach facing off against the Zero Division, I look forward to see what unfolds in the next chapter.