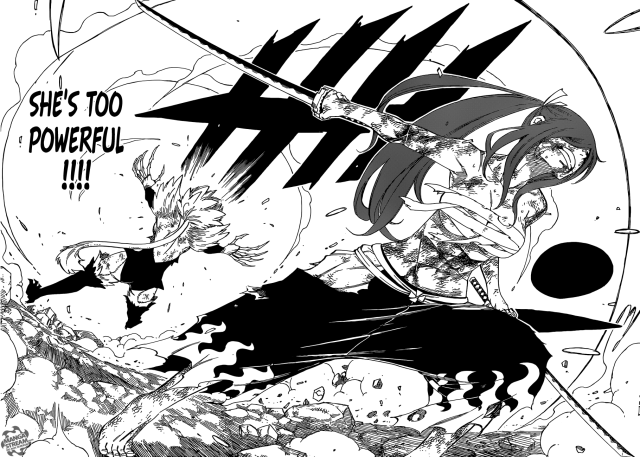 Residing within the flow of magic after being reduced to emptiness, Erza overwhelms Kyouka

In the end the timer does reach 00:00, but as for the Faces activating across the continent, I wonder about that, they could have been stopped by the other groups of mages active trying to avoid the nullification of magic across the continent or Lumen Histoire could be used to counter the effects of the Magic Pulse Bombs. Regardless, you got to hand it to Kyouka, she gave it her all to make sure the timer ticked down and actually did succeed in buying enough time, though I do wonder if the Faces will really activate, after all they may be met with an Error 404 O.o.

So Erza after all did manage to awaken a new understanding of the world when her five senses were reduced to nothing. I still believe her spirit/soul managed to form a deeper connection with the flow of  magic and used that to enable her to perceive the world before her and allow her to continue battling Kyouka. Still waiting for a proper explanation though.

What do feel Mashima-sensei could have done better is at least give a bit more focus on how Erza was able to continue fighting. Some explanation and deeper insight into the world Erza is perceiving would have been helpful. From the two panels we have had of Erza in her “inner world” – where she is surrounded by darkness, it seems likely that the new sensation she has unlocked allows her to perceive the world in a unique way, one in which she is able to sense other existences. It is entirely possible that with Erza’s senses being reduced to a sensation that solely focuses on sensing other life forms, Erza is capable of fully focusing all her magic into the battle she is engaged in. With magic/energy not being wasted on other senses, it would explain why Erza’s attacks are more powerful and precise. Still I wish Mashima-sensei would have explain the mechanics behind Erza’s new dimension of perception, unless of course revealing the mechanics behind it now would ruin a future plot point. 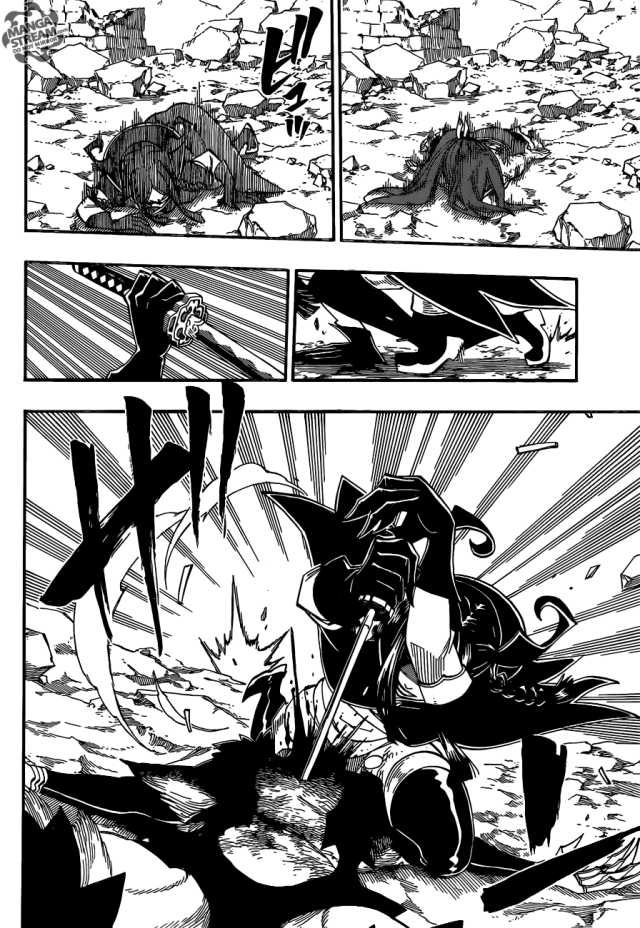 Poor Kyouka, I actually started to like her character

I wonder if Kyouka is really dead now, if so, what a shame, I wanted to see more of her character and how she would react when she does realise that she can separate herself from her “mission”. That finishing blow by Minerva seemed pretty conclusive, but I’ll wait to see what happens in the following chapter before I believe it. Kyouka may find herself alive when it is revealed the Faces have been deactivated =/. 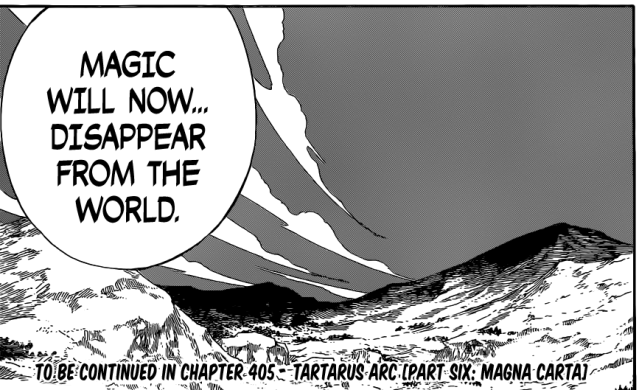 Will the magic pulse bombs really nullify all magic?

Going to be interesting to see what happens with the Faces now, will they all go off or will the other mages active around the continent have disabled the Faces? And what about Lumen Histoire, what is its exact purpose? The next part in this arc should be quite fascinating – Magna Carta, especially if the magic pulse bombs across the continent go off. Looking forward to it!