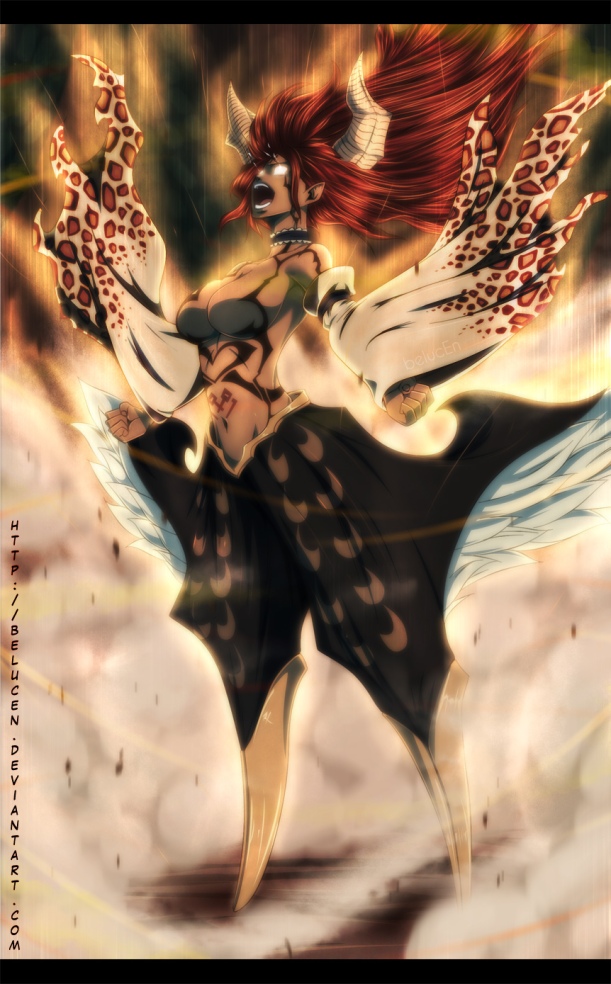 Thanks to the element of the Tartarus demons being able to be revived at the resurrection lab in Cube, the Mirajane and Sayla battle became significantly more meaningful, especially when Lamy spilled the beans and revealed the purpose of the lab, “Hell’s Core”. The way Mirajane dealt with the lab and Tartarus’s ability to revive themselves was quite surprising and impressive, I certainly did not expect Mirajane to have taken control of the tentacle thing in the lab, but regardless, seeing Mirajane destroy the reviving containers with Ezel and Franmalth inside was totally satisfying. The main highlight of the chapter though was Sayla and her released demon form, she overwhelmed Mirajane (in her Sitri form) instantaneously after transforming, it was shockingly good. The appearance of the Tartarus Demon King, topped off an already great chapter with another exciting development.