Love can take many forms…

Nisekoi is a story about a fake love which originates from two conflicting gangs on the edge of war. The leaders of the two gangs decide to resolve their feud and prevent unnecessary conflict by having their children pair up with one another for the next three years which they spent in High School. This setting is tied together with a massive mystery overarching the story effectively driving the plot and the character interactions. The mystery is of events which occurred ten years in the past and a promise which the main character made with a certain girl.

The story isn’t overly complex or deep that it is able to drive the manga by itself but it is unique enough that it is able to hold the interest of the reader and offer a slightly refreshing take on a cliché love story. The two aspects about Nisekoi that make the manga interesting are the characters and the mysterious events ten years ago that bind them all together. The existence of a locked pendant, the keys which could open it and the memory of a girl, all these attach themselves to the promise made ten years ago and relate to the characters now surrounding the main character, Ichijou Raku. As story goes on it becomes apparent that something really big did happen ten years ago.

Seeing the characters develop and grow through the course of the story is quite enjoyable, in particular the female lead, Kirisaki Chitoge, she enters into the fake love completely vexed and displeased. She expressed her annoyance and hatred for Raku constantly in the beginning but through the time they share together she found herself subconsciously warming up to him and after a while she realised she had started forming feelings for him, feelings that took the form of love. She becomes conscious of her actions and can’t help but be dishonest with her feelings whenever she is hit with loving feelings towards him. Secretly Chitoge wants to make the “fake love” Raku and her share a love that is real.

Raku as the main lead isn’t as interesting as I would like. He has good qualities and does have his moments but the fact that he is constantly impaired by his love for Kosaki and the lack of initiative he has, any other character’s love story is prevented from furthering past their origins. The characters are High School students so it is expected that they slowly build up the courage to express the love they have towards the person of interest but in a manga such a love stagnates the flow of the story and hinders any progress in regards to character relations. The one positive thing about Raku’s changes through the manga is that he is subconsciously beginning to open his heart up to others beside Kosaki.

I wouldn’t mind if the Raku and Kosaki relationship did develop but since both of them are so impaired by their lack of initiative, the love story the two share barely goes anyway which in turn causes the love story of the manga to barely go anyway as well. This is why Tachibana Miraka’s character is such a refreshing addition to the cast when she is introduced. She realises the importance of what she is fighting for and is constantly trying to win Raku over and make her wish come true. She is not held back by the dishonesty which Chitoge reacts with and by the insecurity affecting Kosaki, the only thing that can be said to be holding back Miraka is her overwhelming love for Raku. But I’m sure when Raku begins to understand Miraka more and why she so deeply loves him, he will react in a more positive manner towards her. I’m definitely in Miraka’s corner =D.

The story does start to become repetitive at certain points but Komi Naoshi does a great job dealing with the developments before they expire by injecting more excitement into the story through the addition of a new character and/or expansion of developments (that fourth key…). These changes allow for certain characters to be developed and fleshed out which in turn helps the reader become more interested in that character. Raku also gets the opportunity through these developments to get to know the character more which slowly affects the direction of his love and the amount he remembers from the past when he made the promise to the mysterious girl.

Overall Nisekoi is a very good read, it offers a unique take on the romcom genre and develops in an interesting way that does keep your attention but there are times it falls into the trap many love stories fall into which is dragging on and causing the developments to stagnate. But through the use of new characters and expanding developments surrounding the mystery overarching the story, Komi-sensei is able to keep Nisekoi fresh and interesting. 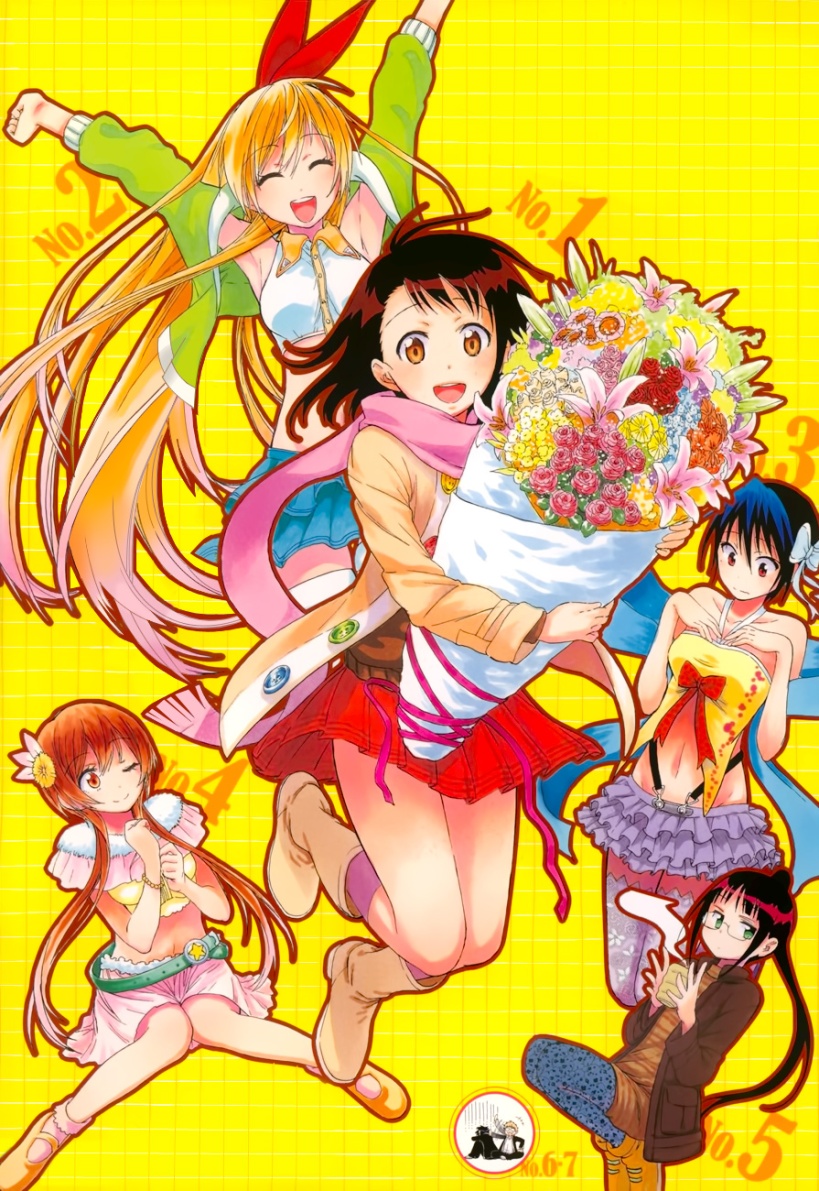