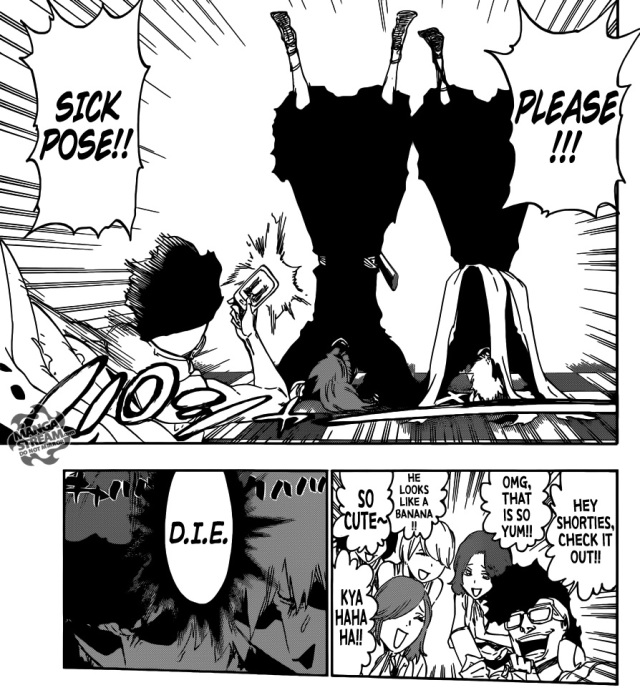 Ichigo and Renji just got Nimaiya’d, so incredibly hilarious!

Hahah wow, I was not expecting Nimaiya Ouetsu to be so charismatic, hilarious and awesome, what a pleasant surprise. I was expecting him to be serious, somewhat bland and underwhelmingly charismatic, but his introduction this chapter changed that perspective completely, he just oozes out awesomeness. He’s weird, extremely weird, but that’s what makes him so amusing and interesting to watch/follow. 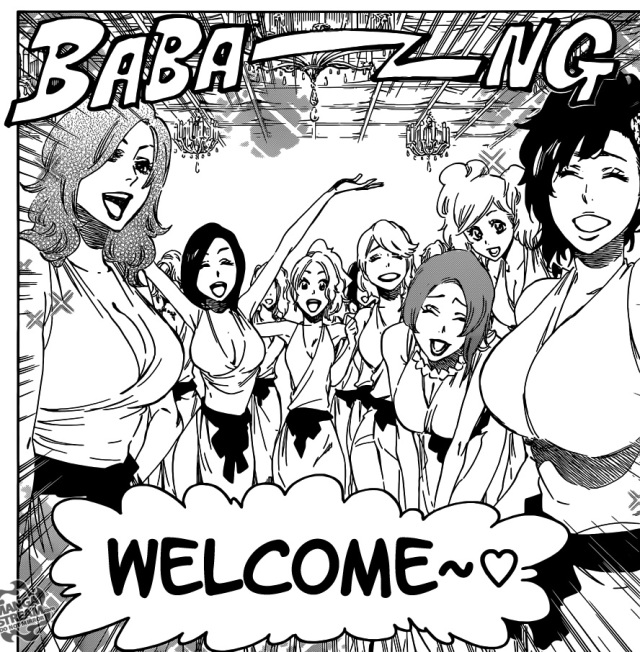 Nimaiya just became one of my favourite captains here…

Nimaiya’s ‘laid-back’ flavour of seriousness is such a contrast to other Shinigami, even those who are already considered laid-back like Kisuke and Kyouraku (though Kyouraku has more responsibility now and will be most likely more serious and driven), and this is what makes Nimaiya’s character so engaging to me. I am shocked I like him so much but Nimaiya’s entrance, speech, look, and the fact that he shamed Ichigo and Renji so badly so easier were all so amusing to me, I can’t help but love him. And yeah lets not forget his “Heaven”, a harem of hot zanpakutou…what a genius, putting his talents to good use =). I feel sorry for Kon, being dragged out of that “heaven” he was fortunate to arrive at but ahahahahah, Nimaiya’s newly discovered connection with Kon, soul brothers huh? I love it.

Now while laid-back, Nimaiya has revealed at the end of the chapter a more serious and unforgiving side to himself, especially to those who don’t love their zanpakutou. Looking forward to the story behind Nimaiya and how serious he can get as well as the “rage”/”wrath” the zanpakutou are about to unleash on Renji and Ichigo. Seems there is quite a bit more on zanpakutou’s to be revealed so curious to see just how far the use of a zanpakutou extends.