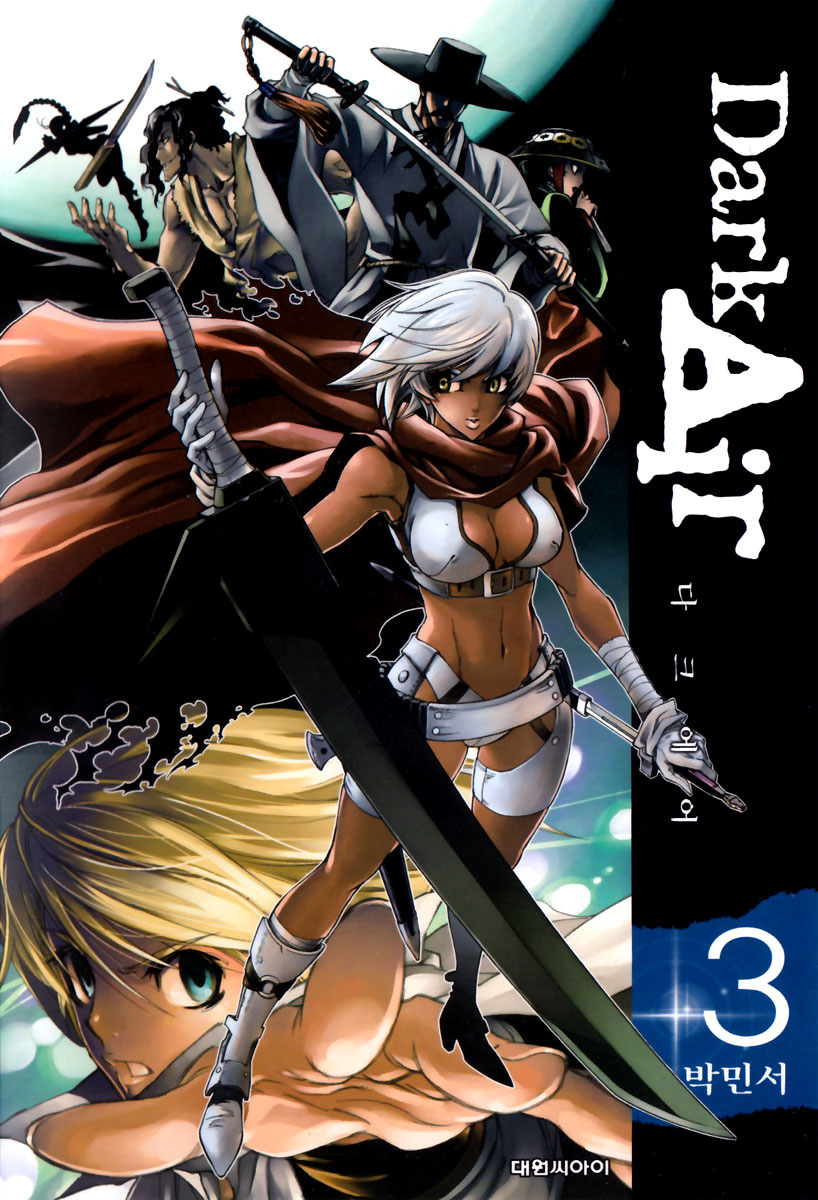 A world of magic transformed by the disappearance of it…

A world filled with magic suddenly thrust into one without magic; an interesting setting to start the story off on. It’s obvious there is something that happened before all the magic ie “Blue Air”, in the world disappeared and the main focus of the story currently is finding out why “Blue Air” in the first place disappeared. The mystery of that and the existence of a boy who is still able to use magic drives the story. The RPG setting works well with the story and while it is generic with the main character finding companions to help him on his journey, the mystery of the disappearing magic drives that generic air into something quite interesting and entertaining.

The story hasn’t really been developed on much so far, only a direction for the main characters to progress towards has been set-out but the bigger mysteries behind the “Dark Air” and the disappearing “Blue Air” haven’t begun to be addressed at this point. The story is still in the process of introducing the world and the characters and conveying the effects that the sudden loss of magic had on the world. Still the general feel of the story is good, especially with the plot potentially able to be expanded immensely when the mysteries of the lost magic begin to be covered. Also it has been hinted at that certain character side-stories are potentially going to converge with the main story.

The main characters are a fascinating bunch, although the dynamics and interactions between the characters could use more focus. Right now, they just seem to be going about their business and not really melding as a group/team; it’s more like several individuals together in a group rather than a group with several individuals =/. The main character, Melrose is quite intriguing especially due to the contrasting impressions he gives off; at times he appears weak and fragile (even when he is not cross-dressing) but other times, like when he gets serious, he looks like a complete badass.

Shaenando, the main female lead and probably the most badass character in the manhwa, she is a mystery and her lone wolf and solitary personality keeps the audience from actually getting to know who she is. It does seem that with time and as she continues to travel with Melrose, she will open up and reveal more about her past which she does seem to keep closely personal. Well they are hints as to who Shaenando actually is, but only borderline inferences can be drawn at this point. Still regardless of who she really is, Shaenando is incredibly awesome, especially with the berserker-like fighting style she utilises and her strong personality. 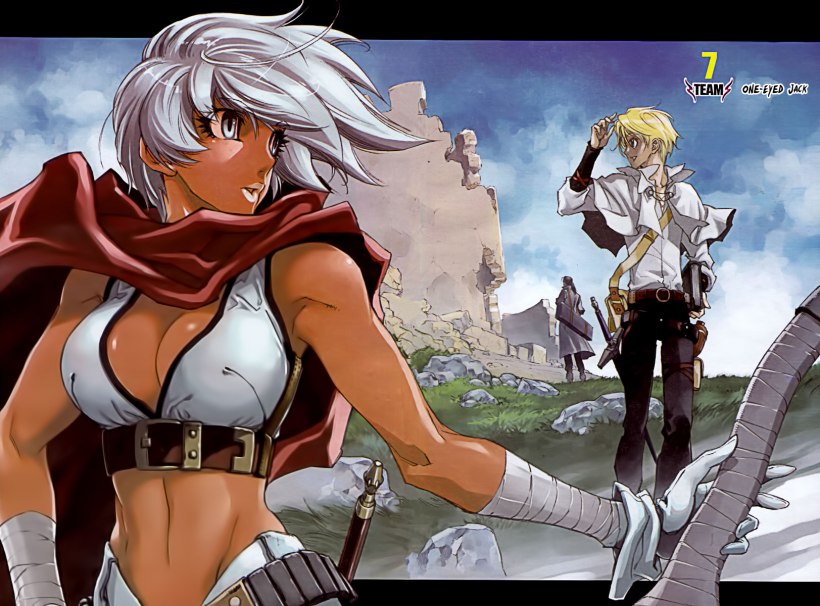 Mustain is strange character, he has been labelled as a “play boy” and he does have a reputation among “Teams” in the world, but there is just something about him that seems like he is so much more than he makes himself appear to be. What game is he playing and what reasons does he have for wanting to restore magic to the world? It’s a mystery to me, especially since it seems like me he has a plan of his own going on behind the apparent developments.

Also have to point out just how awesome all the characters are in the manhwa, even those egomaniac characters whom you wouldn’t necesarily be charmed by but a sense of humour really does go a long way =P.

The diversity of species in the world is fantastic, it adds a lot to the RPG feel of the manhwa and makes the world exploration that much more enjoyable as you have races other than human beings to look forward to. I am curious to learn just how diverse the world actually is and how many different species they are living in the Dark Air world.

The “Team” system in the manhwa, what an interesting and dynamic set-up, it incorporates a RPG styled set-up into the fights and just like in RPGs where battle strength is only one dimension of the battle system, supporting and buffering classes come into play and evolve traditional fighting into something more diverse and multi-dimensional. The buffering class is fascinating, I am alway curious to see how RPG classes like that can be worked into fantasy themed manga’s or manhwa’s. The “Team” system works here and while it has only been briefly covered, the potential open to it to transform battles into something epic is very apparent. The ‘Nightwish Team’ battle was one which demonstrated this, elements of differing fighting abilities all converging in one stage and facing off against each other. Seeing magic, melee, range and buffering play-out in a battle in a manhwa is quite thrilling and enjoyable, something which I haven’t really seen much of in the manga/manhwa I’ve read.

Another aspect of the manhwa which draws me more into it is the peculiar and distinctive art style. The distinctive style of the faces, especially the narrowness and sharpness of it may seem weird to some people, but I find that the particular style of art used makes it unique and quite memorable. It gives it a clean and elegant look and helps to separate it from other manhwa. Anyway I may just be biased because I do really love the “longness” of the character designs.

Dark Air so far has been enjoyable and great to read (currently up to chapter 25), and I am really looking forward to seeing how the story develops as there is a lot of potential there for the story to evolve into something really massive and epic, especially with the mysteries of the “Blue Air” and “Dark Air” still hanging and in the dark. Also with the character development, I do hope that the characters open up to each other a bit more and start to really act like “the strongest offensive” team they are in the future. And magic, just what mysteries lie behind that boundless and captivating form of existence?