One Piece Chapter 657 – The Normality Of Strange 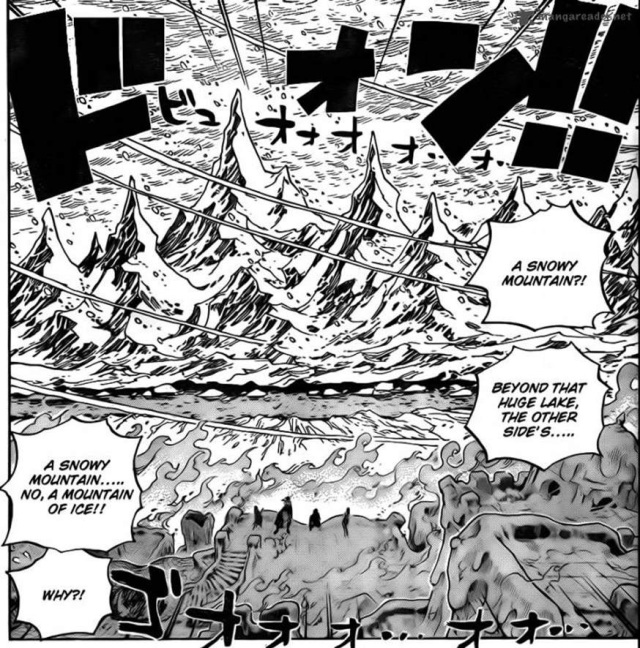 Across the burning blaze is a freezing wind, the state of Punk Hazard revealed

Well now, so the Island is split into one side being insanely hot and the other side being bone-chillingly cold, how interesting. I can’t help but think Akainu vs Aokiji, but is this really the Island they fought on? The incident Smoker mentions took place four years ago and the battle between Akainu and Aokiji was two year ago…it could just be the incident spoken about is totally unrelated to the extreme climate of Punk Hazard and due to the Island being closed off and ruled off-limits by the Marines and World Government, Akainu and Aokiji decided to battle there.

If so, that would explain why the the Island’s climate is split so distinctly. The battle between Akainu and Aokiji lasted ten days, and knowing the power those two let out, it is feasible that Punk Hazard’s climate would be affected, but this really is surprising, such an extreme climate. 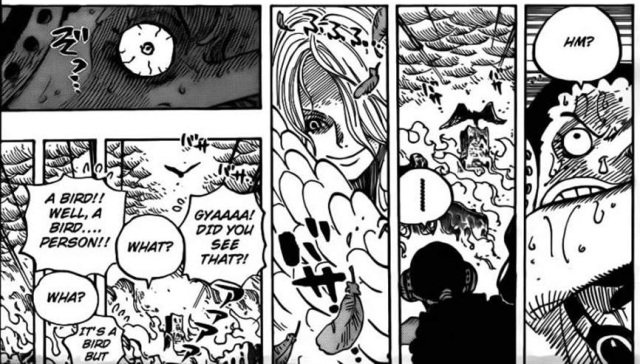 A Birdwoman? An Angel? A Beautiful Harpy?

A female(?) with wings? A scary Angel? or a beautiful Harpy? Just what was that Usopp saw and how will it link to what is happening on and around Punk Hazard? It really caught me by surprise, how unexpected, completely unexpected, but it raise so many interesting questions and makes the arc so much more intriguing. 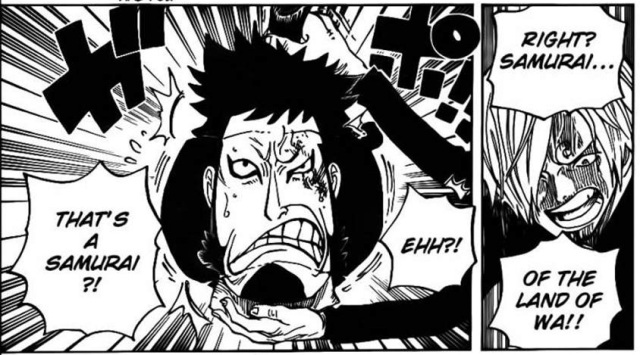 I wonder what Luffy named that pair of legs...

The Samurai, so he wasn’t just born a half-man, hahah =P. Now all that’s left to be revealed is where that Samurai’s torso and arms are, that is if that bottom half belongs to this Samurai – the motives of the two seem different and their actions seem independent of each other – do the separated parts get their own conscious? Interesting how he can survive by being chopped up, the only person I can think off that has the ability to do this is Trafalgar Law – was Law the one who cut the Samurai up? The Samurai’s motive revealed, but why would his son come to the Island? Did that Harpy or another “snatch” his son away from the Wano Country? And who is the person who called the Strawhats? Was this Samurai the one killing people, the Samurai’s top-half minus the head? Anyway, this Samurai is amusing, and lol his quite the pervert =P. 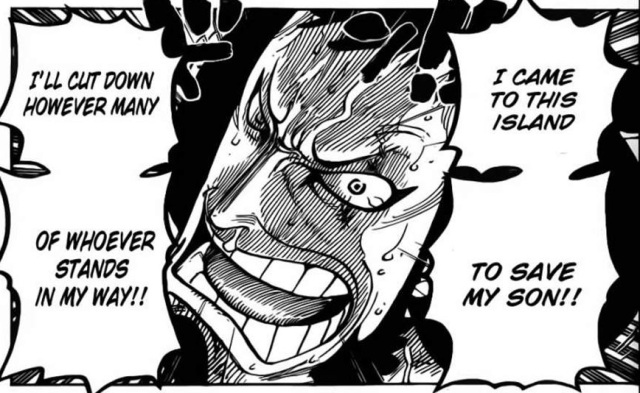 Franky’s Radical Beam is so badass, but the end of the chapter, GIANT KIDS!!! Just what is going on this arc…Burning seas, Dragons, a separated man, an Island with boiling and freezing climates, people with wings, Samurai, kidnappers, Giant Kids…and there’s still more – the Shichibukai, Smoker, Tashigi…

The Kidnappers of Sanji and Co. don’t seem like bad people, especially since it appears those Giant Kids are being taken care of, and it did appear that those kidnappers were selective with who they kidnap – how Pirates with ideal, which does indicate that they won’t kidnap just anyone. 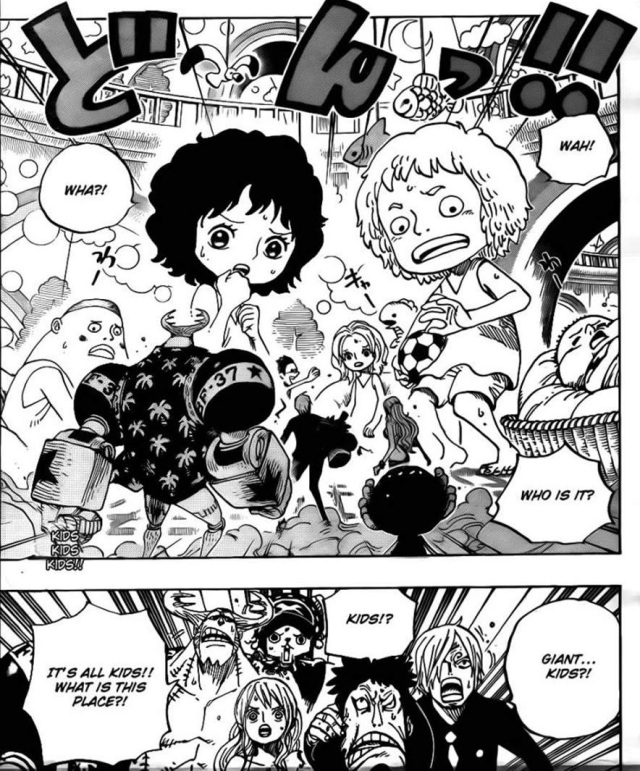 …Ah all this mass amounts of mystery is getting me so excited, very much looking forward to the how this arc is going to play out and finding out just what is going on with Punk Hazard and what happened to it in the past.

This entry was posted in One Piece and tagged Luffy, Manga, New World, Oda, One Piece, Punk Hazard, Samurai, Strawhats. Bookmark the permalink.