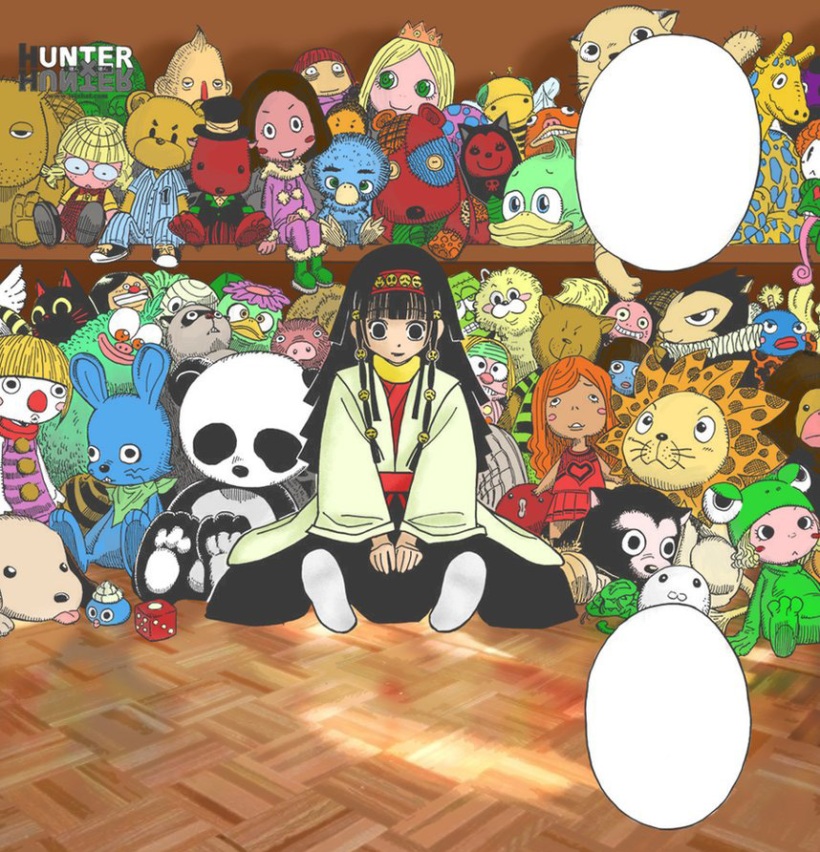 The start of a new arc!! HXH fans must have waited a long long time for this =P. I have been hearing that the current Hunter X Hunter chapters are the best in WSJ, since I’m not up to date with any other manga in WSJ, I can’t comment on this but the current arc in Hunter X Hunter is really good.

The exploration of the Zoldycks family is fantastic stuff, I’ve been interested in them since they were introduced and I was wondering who that child in the Zoldycks family photo was when it was shown last arc. So it’s Killua’s younger sister? I wonder why Illumi and Silva refer to her as a boy…(Alluka looks more female than male O.o).

It also amazes me at how creative mangaka can be – Alluka’s ability is quite something, you can easily tell a lot of thought was put into creating her ability (and we still don’t know everything), the three requests and one wish scenario is very interesting, but the whole punishment for the four consecutive refusals is what really blew me away – after that butler wished to be a billionaire, Alluka’s next three request shocked me (seriously your spine…and brain…and other important organs…wow, it’d be impossible to fulfill request like that O.o). When the workings of the punishment revealed itself, you could understand a bit why the Zoldycks didn’t want Alluka’s power to get out of control (poor butlers and others who were used to test subjects to scope the ability out).

Killua became so awesome over the Chimera Ant arc and the focus he has in the current arc is great. I completely don’t mind him taking the lead. Killua resolving to save both Gon and Alluka, can’t wait to see how he does it. Anyway currently, will be interesting to see how Killua avoids or overcomes Illumi and Hisoka – hahah Hisoka, he really is in a tough place, not wanting Gon to die, but also having to help Illumi.

Surprised Alluka is so positive for someone whose been locked up, but nevertheless this is a great scene

The other half of the arc – the Chairman Election is also very entertaining stuff – well now, so Ging was part of the Zodiac Twelve and lol, did he set-up the voting methods with Mr. Bean – a Hunter through and through eh =P. Still LEORIOOOOOOOOOOO!!!!!!!!!!! Finally we get to see him and boy did make an impressive return the chapter he returned in – got to love how he landed that punch right in Ging’s face (my vote would definitely go to Leorio!!) 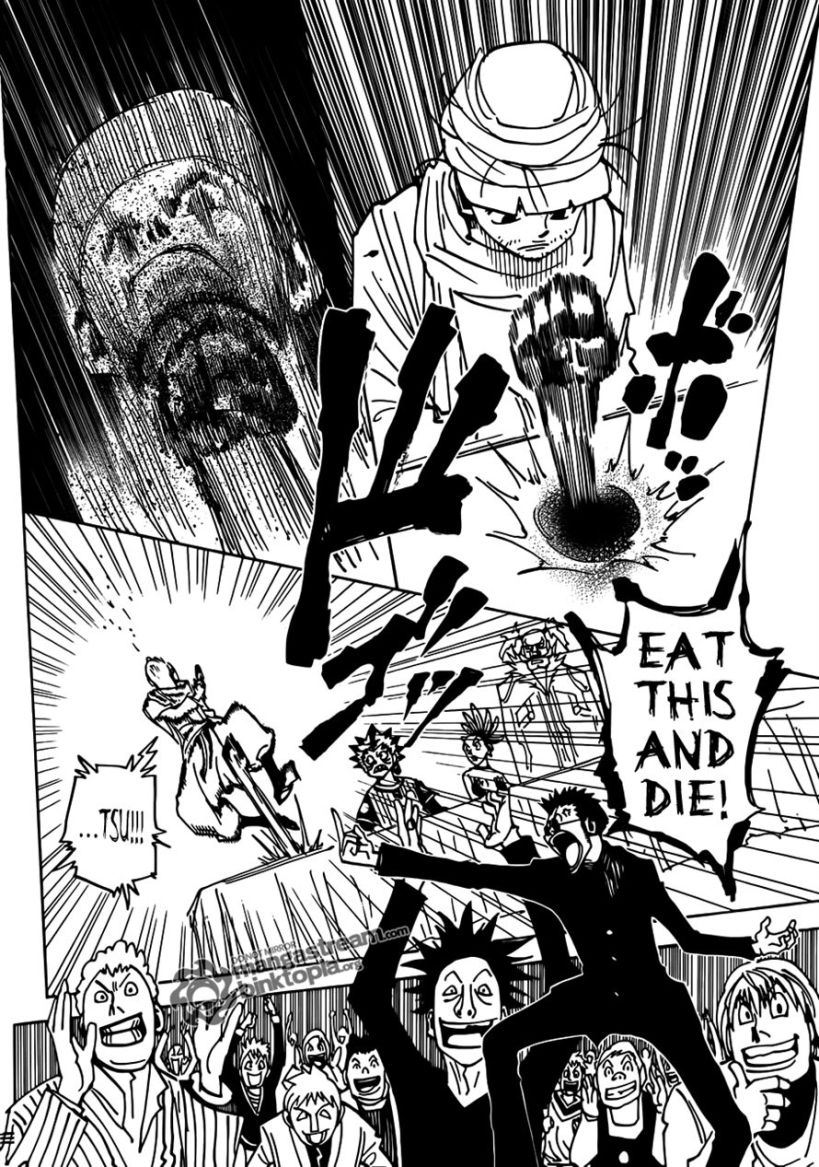 What an awesome scene, ah Leorio, it's good to have you back

Curious to see how this arc unfolds and what will happen with characters like “Kaito” (he was reborn as the other child of the Queen?) and characters like Kurapika who haven’t been seen for a long long time. Also will Leorio become the next Hunter Chairman =P? Very entertaining arc, looking forward to more of it.