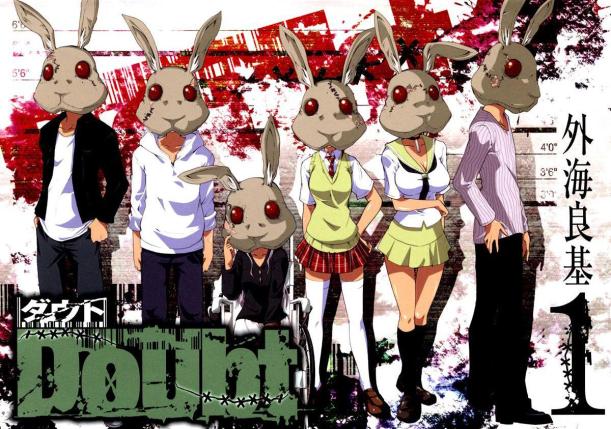 Rabbit Doubt; find the wolf and kill them

Doubt revolves around a fictional cell phone game called “Rabbit Doubt“, in which the players are rabbits in a colony; one of these players is randomly chosen to act as a wolf infiltrating the group. Each round, the rabbits guess which is the wolf as the rabbits are eaten one-by-one until none are left.

In this story, six people wake up in an abandoned building and realise they are players in a real-life version of the “Rabbit Doubt” game.  To survive, the wolf, the liar, must die.